Survey: Over half of US gun owners don’t safely store their guns • Earth.com 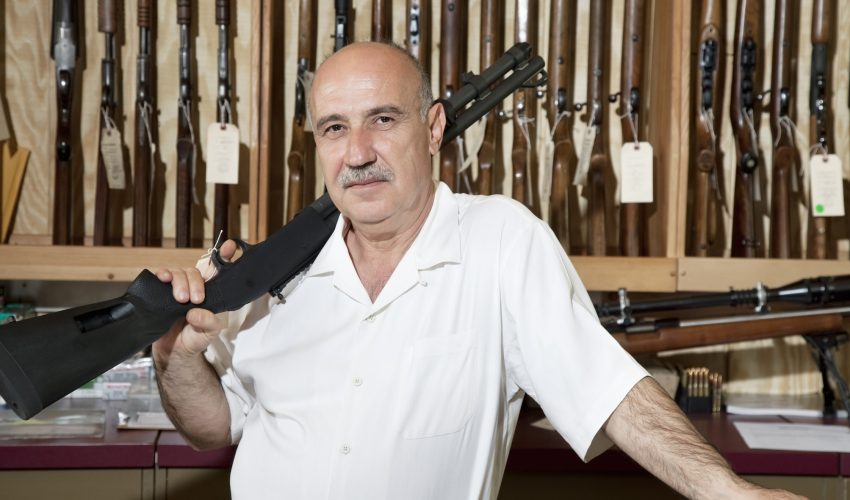 Survey: Over half of US gun owners don’t safely store their guns

Gun laws and gun safety are both quite relevant – as well as contentious – topics these days, particularly in the United States. There is much debate about who should be allowed to have access to firearms, and what firearms should be available to the public. With this in mind, any data relevant to how U.S. gun owners use and store their firearms is welcome to help inform this heated national debate.

In the first nationally representative survey in 15 years to examine gun storage practices in U.S. households, researchers found that more than half of gun owners reported not storing all of their guns in a safe manner. This internet-based survey was conducted by researchers at the Johns Hopkins Bloomberg School of Public Health, and published in the American Journal of Public Health.

The survey defined safe storage as all guns stored in a locked gun safe, cabinet or case, locked into a gun rack, or stored with a trigger lock or other lock. All of these practices have been shown to reduce the risk of unauthorized access or use.

“Household gun ownership can increase the risk of homicides, suicides, and unintentional shootings in the home, but practicing safe storage for all guns reduces these risks,” says Cassandra Crifasi, lead author of the study and an assistant professor with the Johns Hopkins Center for Gun Policy and Research. “The survey findings indicate a real public health emergency. More than half of gun owners in the U.S. are not storing all of their guns safely.”

While only 46 percent of gun owners reported storing all of their guns safely, the survey found that gun owners were 44 percent more likely to report safely storing their firearms if they had a child under the age of 18 in the home. In 2016, there were more than 1,600 firearm deaths among children under the age of 18, almost 40 percent of which were due to suicide. States with child access prevention laws that require gun owners to ensure children do not get unauthorized access to guns reported fewer firearm suicides among adolescents. Other studies have also shown a reduced risk for self-inflicted injury among adolescents when guns are stored safely.

When participants were asked about factors that influence their gun storage practices, 43 percent selected concerns about home defense, 35 percent said a gun safety-training course, and 30 percent said family discussions. The study also found that gun owners who reported that a gun safety-training course influenced their gun storage decisions were twice as likely to practice safe storage for all of their guns. Gun owners who said family discussions influenced their gun storage practices were almost 40 percent more likely to practice safe storage.

The survey also found that gun owners who reported their storage practices were influenced by home defense were 30 percent less likely to practice safe storage of all their firearms. Gaining a better understanding of the motivations for why people have firearms in their homes could help us improve education practices – as well as policy-making – in order to reduce the risks of accidental deaths and suicides – particularly in adolescents.