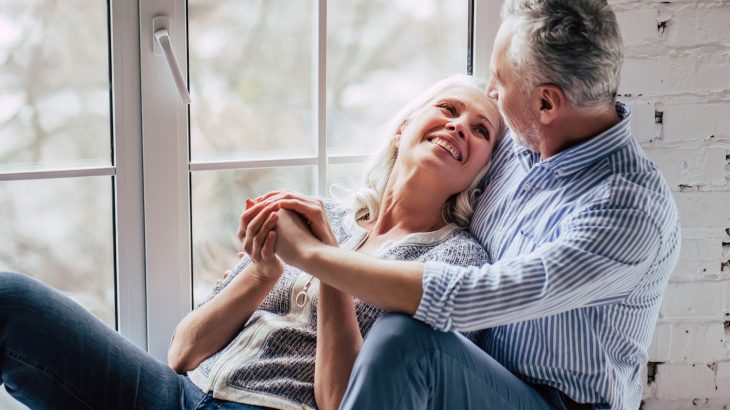 A good marriage could help lower dementia risk for older adults, a new study has found.

Loneliness and isolation among older adults is a growing problem in many countries, and research has shown that social isolation poses a significant health risk with links to high blood pressure, heart disease, and early-onset dementia.

In a new study, researchers from Stockholm University and the Karolinska Institute in Sweden analyzed data on 4,000 individuals over the age of 60 to investigate the links between marriage on dementia risk.

The data came from two studies, the Kungsholmen Project and the Swedish National Study on Aging and Care in Kungsholmen (SNAC-K).

Older adults over the age of 74 took part in the Kungsholmen Project in 1987 and were followed for nine years with follow-ups every three years. Participants underwent clinical exams and answered questionnaires to test for dementia.

Participants in the SNAC-K study were over the age of 60 and were also followed for nine years with follow-ups every three years, but the study start date was 2001.

The researchers examined how marital status, living situations, and mood influenced dementia cases. For the participants that were single and reportedly unhappy, there was a 40 percent increased risk of developing dementia.

There are several possible explanations as to why a happy marriage can decrease dementia risk, according to the study.

Couples are less likely to feel lonely and can engage in mood-boosting activities together. A loving partner may encourage their spouse to stay active and healthy, which can significantly lower the chances of developing dementia.

Marriage can also provide a source of support, both emotionally and financially.

“We found that marital status and living situation have the potential to buffer the detrimental effects of low mood on dementia onset,” the researchers wrote in their study. “Thus, specific attention from health care should target individuals having low mood and who are without a partner or live alone.”

The study findings were published in the American Journal of Geriatric Psychiatry.