Harbor seals use vocal learning to sound larger than they appear • Earth.com 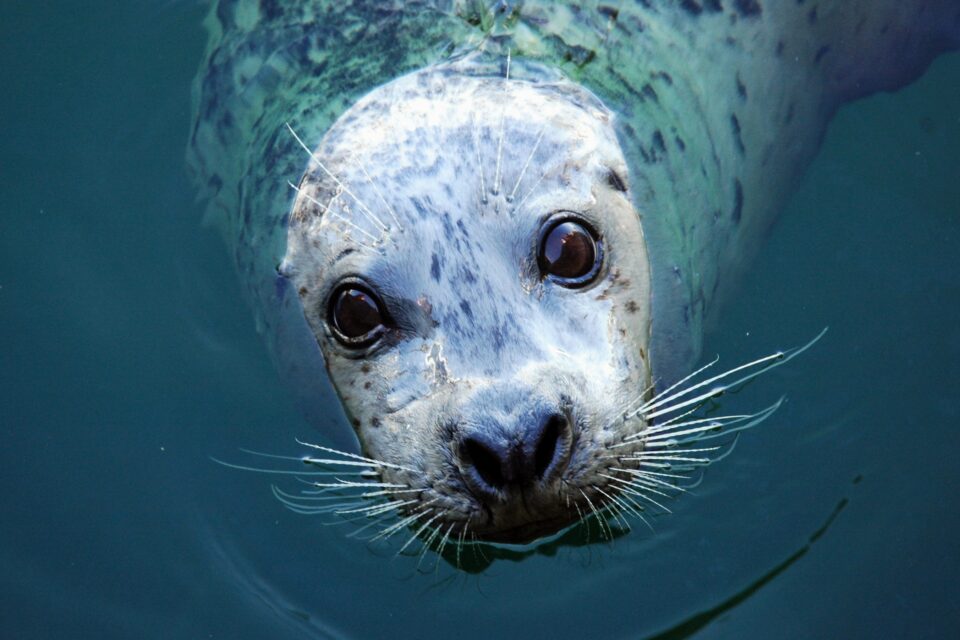 Harbor seals use vocal learning to sound larger than they appear

The size of animals is often reflected in their vocalizations. For example, larger animals have longer vocal tracts that produce lower-pitched sounds. A new study from the Max Planck Institute for Psycholinguistics (MPI) has investigated why harbor seals are an exception to this rule.

The researchers confirmed that harbor seals do not always look the way they sound. These animals often sound larger, which may be motivated by a desire to get more attention from their mothers or to impress a rival.

The experts wanted to know whether these animals are very good at learning sounds or if their vocal tracts have adapted to support their vocal flexibility.

“Acoustic allometry occurs when features of animal vocalizations can be predicted from body size measurements,” explained the study authors. “Despite this being considered the norm, allometry sometimes breaks, resulting in species sounding smaller or larger than expected for their size.”

“A recent hypothesis suggests that allometry-breaking mammals cluster into two groups: those with anatomical adaptations to their vocal tracts and those capable of learning new sounds (vocal learners). Here, we tested which mechanism is used to escape from acoustic allometry by probing vocal tract allometry in a proven mammalian vocal learner, the harbor seal.”

To investigate, Koen de Reus and Andrea Ravignani of MPI collaborated with researchers from Sealcentre Pieterburen. The researchers measured the body sizes and vocal tracts of young harbor seals. The experts also reviewed harbor seal vocalizations that had been previously obtained.

The researchers found that the length of vocal tracts matched the body sizes of the seals. Without an anatomical explanation, the experts concluded that the animals are using vocal learning to sound different from how they look.

“The more we look, the more we see that seals have something to say about human speech capacities,” said Ravignani.