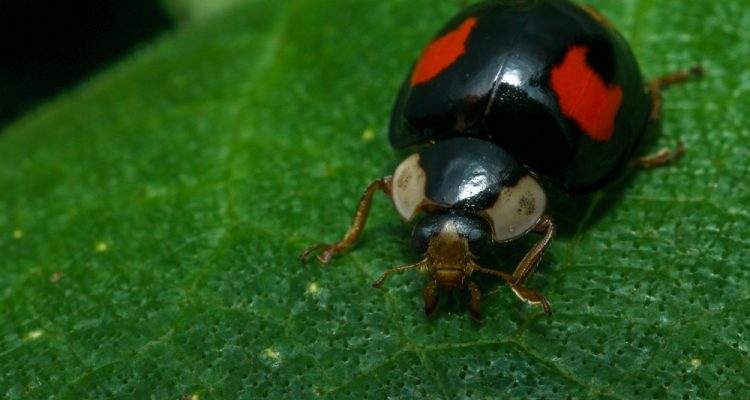 Harlequin ladybug swarms are thought to be making themselves at home in Great Britain.

Dozens of British homes are already said to be infested. The disease they carry is not dangerous to humans, but their arrival could have catastrophic effects on the indigenous ladybugs living on the British Isles. The Harlequin ladybugs carry a fungus called Laboulbeniales, which is passed via mating.

These ladybugs are much larger and have different color patterns than the local two-spot variety common to Great Britain. As the species hibernates in large numbers, scientists are warning households to be vigilant and keep their windows closed.

Since the first sightings in 2004, the regular British ladybug population has fallen by one third.

Dr. Peter Brown of Anglia Ruskin University in Cambridge said: “The harlequin is having a damaging effect on native species across Europe.”

Entomologists over at The Ladybird Survey in Great Britain are keen to learn more about these alien invaders.