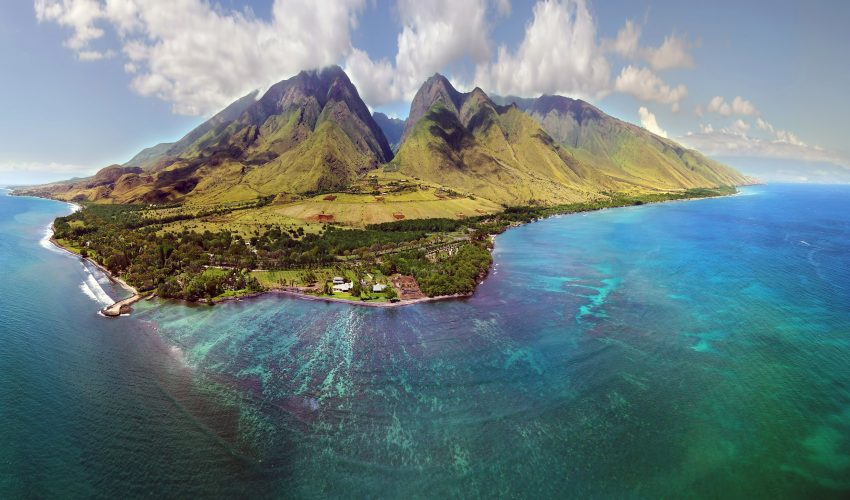 Volcanic hotspots are regions within the Earth’s mantle where the hot materials that form volcanoes are transported to the surface. There are several volcanoes in the Hawaiian Islands that are fed by a hotspot, and researchers are focusing on this particular region to learn more about its potential movement over millions of years.

A theory that hotspots are stationary was first proposed for the Hawaiian Islands, but scientists soon found evidence to the contrary. The most significant proof that hotspots move around is a striking bend of about 60 degrees in the Hawaiian volcanic chain, which originated 47 million years ago.

Study co-author Dr. Bernhard Steinberger is a researcher at the GFZ German Research Center for Geosciences.

“If you try to explain this bend with just a sudden change in the movement of the Pacific Plate, you would expect a significantly different direction of motion at that time relative to adjacent tectonic plates,” said Dr. Steinberger. “But we have not found any evidence for that.”

Scientists have suggested that, while the Pacific Plate changed the direction of its movement, the Hawaiian hotspot moved rapidly south and then stopped. When the hotspot movement is accounted for, a smaller shift in Pacific Plate movement can explain the transformation of the Hawaiian-Emperor volcanic chain.

Dr. Steinberger also collaborated with researchers at Oregon State University in a separate study that corroborates this theory of Hawaiian hotspot movement. The analysis was focused on the rock dating of volcanoes in the Rurutu volcanic chain and also in the Louisville chain.

The scientists investigated the relative movement of these three volcanic chains over millions of years based on their geography and age. They ultimately determined that the movement of hotspots under the Rurutu and Louisville has been quite small compared to the strong movement of the Hawaiian Emperor hotspot between 60 and 48 million years ago.

“This makes it very likely that mainly the Hawaii hotspot has moved,” said Steinberger.

Geodynamic modeling indicated that the Hawaiian hotspot moved at the rate of several tens of kilometers per million years.

“With more field data and information about the processes deep in the mantle, we hope to explain in more detail how the bend in the Hawaiian-Emperor chain has evolved,” said Dr. Steinberger.