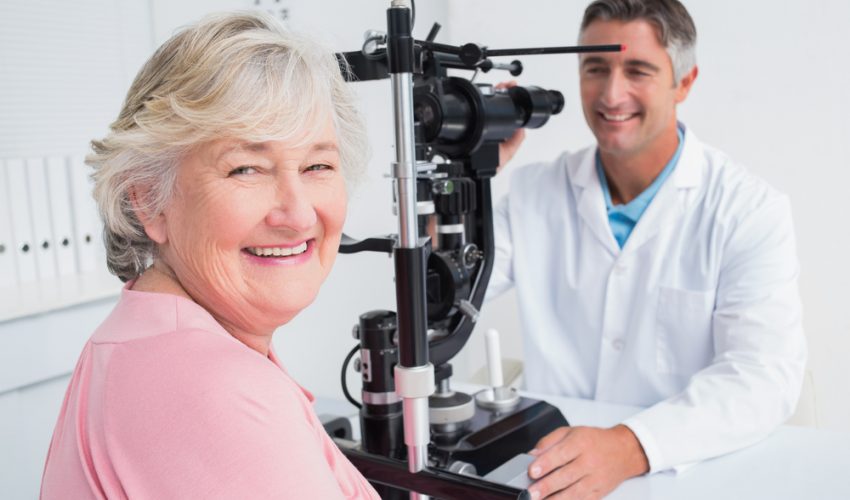 Keeping your brain in tip-top shape as you age may mean using your eyes – or at least, taking better care of them. Healthy vision may help slow down age-related cognitive decline, according to a new study.

The connection between eye and brain health mean that fixes like properly prescribed glasses or cataract removal surgery can help keep an aging mind working smoothly.

The link, according to doctoral student Diane Zheng of the University of Miami, is because seniors with poor vision tend to drop brain-boosting hobbies like crossword and number puzzles. They also spend less time with other people than seniors with healthy vision.

“If you’re aging without good vision, not only are you giving your brain less stimulation, you might be altering your brain at a structural level,” Dr. Heather Whitson of Duke University told the Daily Mail.

The study followed 2,520 people between the ages of 65 and 84. The participants got vision and cognitive tests every year for eight years. The researchers found that the seniors who had worse vision at the start of the study tended to show signs of worse cognitive decline. The worse their vision got, in general, the lower their scores on the cognitive exam.

The team of scientists also discovered that while worsening vision appeared to affect cognition, the influence of declining cognition on vision wasn’t as strong.

Zheng, who led the study, suggested that seniors get regular eye checkups and deal with any symptoms of vision loss quickly.

“Taking care of your vision is important in order to maintain good cognitive function,” she said.

Whitson, who wasn’t involved with the study, said most age-related causes of deteriorating vision can be treated. Many vision problems can be slowed, stopped or corrected if caught early, she told the Mail.

The study was published in JAMA Ophthalmology.