Toss out the science books; helium is no longer unreactive • Earth.com 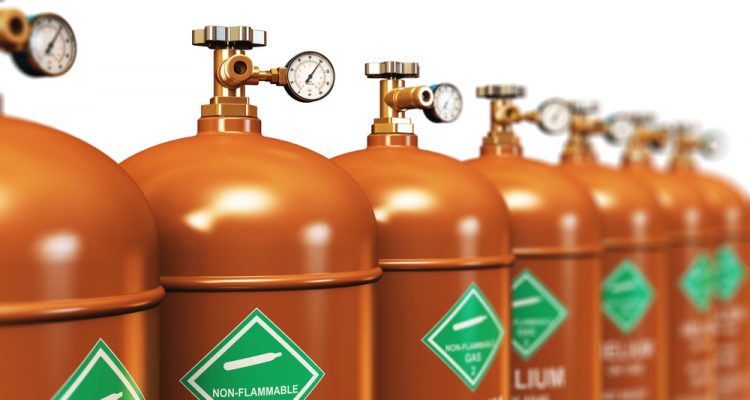 Toss out the science books; helium is no longer unreactive

Unlearn everything they told you in grade school science class. First, we found out that Pluto isn’t really a proper planet; it’s just a dwarf planet. Our carefully-memorized list of nine dwindled to eight. Now, they’re coming after helium, that totally unreactive noble gas that can’t form bonds with other atoms– or so we thought.

Scientists (who always ruin everything by experimenting and discovering new facts) have just created a stable helium compound composed of both helium and sodium atoms.

Ivan Popov, the study’s co-author and a doctoral student at Utah State University, told Gizmodo that the discovery is a “book changer.”

The findings do have a purpose besides selling updated versions of science books, however. Scientists think it will help them understand what goes on in the high-pressure centers of gaseous planets like Jupiter and Saturn.

The bonding has to happen under conditions of extremely high pressure – conditions that do not naturally occur on Earth, but do occur on the aforementioned planets of Jupiter and Saturn. In order to simulate such conditions, researchers placed helium gas and sodium crystals between a pair of diamonds in order to pressurize the atoms and compound them.

The resulting cube-like structure “is not a real compound” in traditional scientific terms, Popov said to Gizmodo.

“But [the helium] does stabilize the structure. If you take those helium atoms away, the structure will not be stable.,” he explained. Details of the findings were published in the journal Nature Chemistry.

While grade-school students may be disgusted at having to relearn what they memorized for last week’s multiple-choice quiz, scientists are delighted with the findings. Professor Henry Rzepa (who was not involved with the study) told Gizmodo that the discovery is “a breakthrough.”

“We have long suspected that a quite different chemistry, controlled by rather different if not very different rules, must exist under extreme conditions such as ultra high pressures,” he explained. “This [sodium-helium compound] offers a tantalizing glimpse into this new frontier of chemistry.”