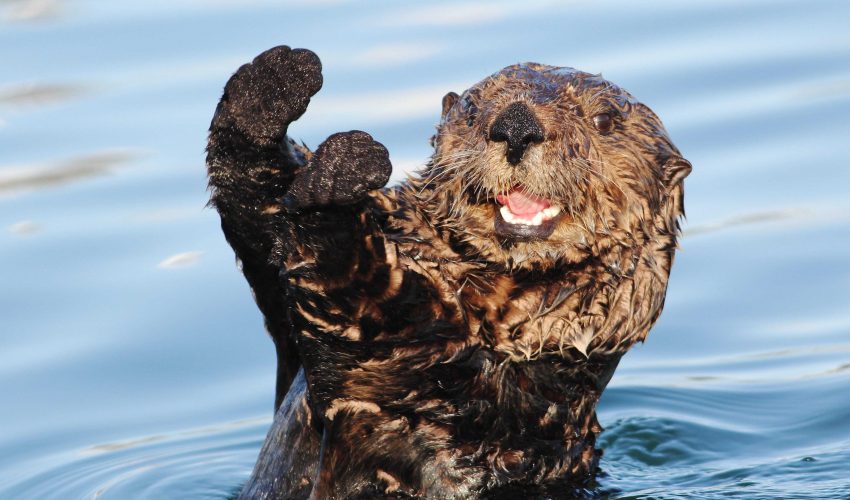 A new study from the University of British Columbia may offer up some hope for a strategy in preventing climate change. The answer? Herbivores. That’s right; researchers believe that plant-eating species may be a key factor in helping certain ecosystems survive global warming.

In their study, the researchers created mini-marine ecosystems on the shore of Ruckle Park on British Columbia’s Salt Spring Island. These ecosystems were built on hard plastic plates, allowing the temperature to be controlled. Limpets, an established herbivore species, were allowed on some plates, while they were made absent on others.

They were studying life in the intertidal zone, which is the area of the shore between low and high tide. Generally, it contains ecosystems consisting of starfish, mussels, anemones, seaweed, and barnacles. The interesting aspect of these intertidal ecosystems is that they experience huge temperature fluctuations as the tides go in and out – sometimes as much as 20 to 25 degrees Celsius. This means that the species in the intertidal zone must cope with significant temperature variation every day.

“These creatures are already living at their physiological limits, so a two-degree change – a conservative prediction of the warming expected over the next 80 years or so – can make a big difference,” said Kordas. “When heat waves come through B.C. and the Pacific Northwest, we see mass mortality of numerous intertidal species.”

Surprisingly, the researchers found that certain communities in the intertidal zone could survive even in the warmest summer temperatures – but only if limpets were present in their ecosystem.

According to Christopher Harley, senior author of the study and a professor of zoology at UBC, consumers such as sea otters and starfish like limpets, and these species are very important in maintaining biodiversity in aquatic ecosystems. Losing these species may destabilize ecosystems, so if we’re able to better protect species such as limpets, it may help make ecosystems more resilient.

“We should be thinking of ways to reduce our negative effects on the natural environment and these results show that if we do basic conservation and management, it can make a big difference in terms of how ecosystems will weather climate change,” says Harley.

Who would’ve thought that something so small could be so important to keeping complicated ecosystems intact?