Hibernation may be key to extraordinary longevity in bats • Earth.com 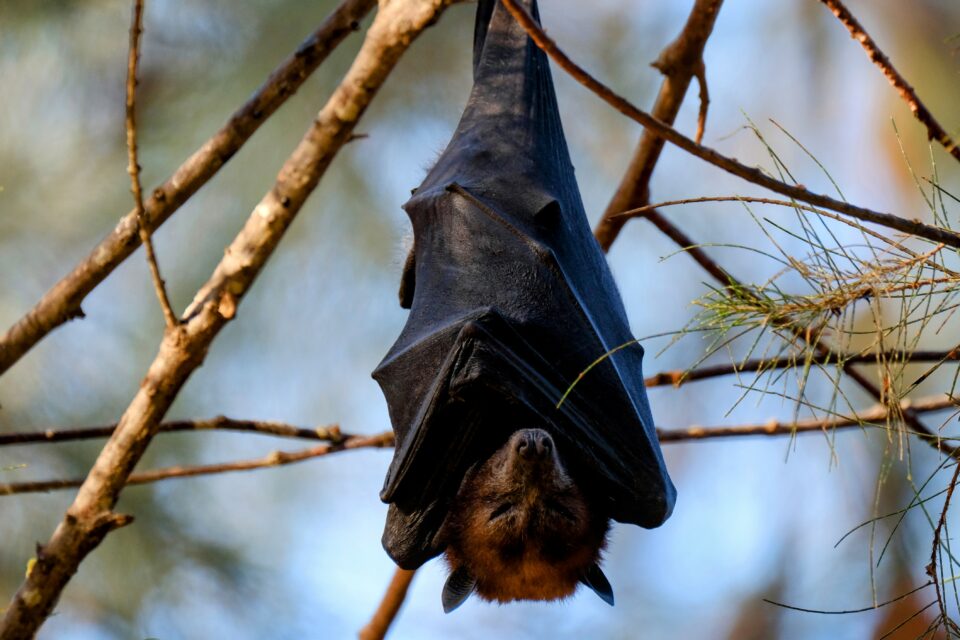 Bats are known to have relatively long lifespans, with some common species living an astonishing 30–40 years. Longevity in mammals is usually related to body size, with larger species living for longer, but bats as a group fall above the regression line for mammals as they live longer than other mammals of similar body size. House mice, which have a weight similar to that of some bats, live only two years in captivity.

Scientists have long wondered why there is this difference, and a new study led by University of Maryland researchers has identified one of the potential reasons; it has to do with genes involved in hibernation.

“Hibernation has allowed bats, and presumably other animals, to stay in northerly or very southerly regions where there’s no food in the winter,” said study senior author Professor Gerald Wilkinson. “Hibernators tend to live much longer than migrators. We knew that, but we didn’t know if we would detect changes in epigenetic age due to hibernation.”

The researchers worked on big brown bats (Eptesicus fuscus) kept in a research colony at McMaster University. These are the most common bats in the United States and they can live up to 19 years of age. The research colony contained individuals of between one and ten years old. Data was collected by taking a small sample of wing tissue from the 20 captive bats on two occasions. One sample was taken in summer when the bats were active, and the other in winter, when the bats were hibernating.

During the genetic analysis, the researchers investigated changes in DNA methylation between samples taken from the same animal during active and hibernating periods. Methylation is a process whereby methyl groups are added to a DNA molecule, thereby changing the activity of a gene. Their results, published in the Proceedings of the Royal Society B, Biological Sciences, showed that changes in DNA methylation occurred at certain sites in the bat’s genome, particularly sites involved in regulating metabolism during hibernation.

“It’s pretty clear that the sites that decrease methylation in the winter are the ones that appear to be having an active effect,” said Professor Wilkinson. “Many of the genes that are nearest to them are known to be involved in regulating metabolism, so they presumably keep metabolism down.”

Some of these genes are the same ones that Wilkinson and fellow researchers identified as “longevity genes” in a previous study. Wilkinson said that there is significant overlap between the hibernation genes and the longevity genes, further highlighting the link between hibernation and longer lifespans.

The earlier study also established the first epigenetic clock for bats, capable of accurately predicting the age of any bat in the wild. That clock was applied in this latest study, enabling the researchers to demonstrate that hibernation reduces a bat’s epigenetic age in comparison to a non-hibernating animal of the same age. In fact, the researchers found that by hibernating over just one winter, a big brown bat’s epigenetic clock – a biological marker of aging – extends by three-quarters of a year.

This, say the researchers, may be one of the secrets to the extraordinary longevity found in some species of bats.

“We still don’t have a very good understanding of why some bats can live a really long time and other ones don’t,” said Professor Wilkinson. “We’ve shown that the ones that live a really long time all share the ability to hibernate, or to go into torpor frequently. That seems to be a corollary, but it’s not sufficient because hibernating rodents don’t live 20 years.”

Wilkinson said he is planning a follow-up study to compare epigenetic aging in big brown bats in Canada, where they hibernate, with the same species in Florida, where they do not hibernate. In doing so, Wilkinson hopes to get an even clearer picture of the role that hibernation plays in prolonging lifespans.