Hippos can recognize the voices of their friends • Earth.com 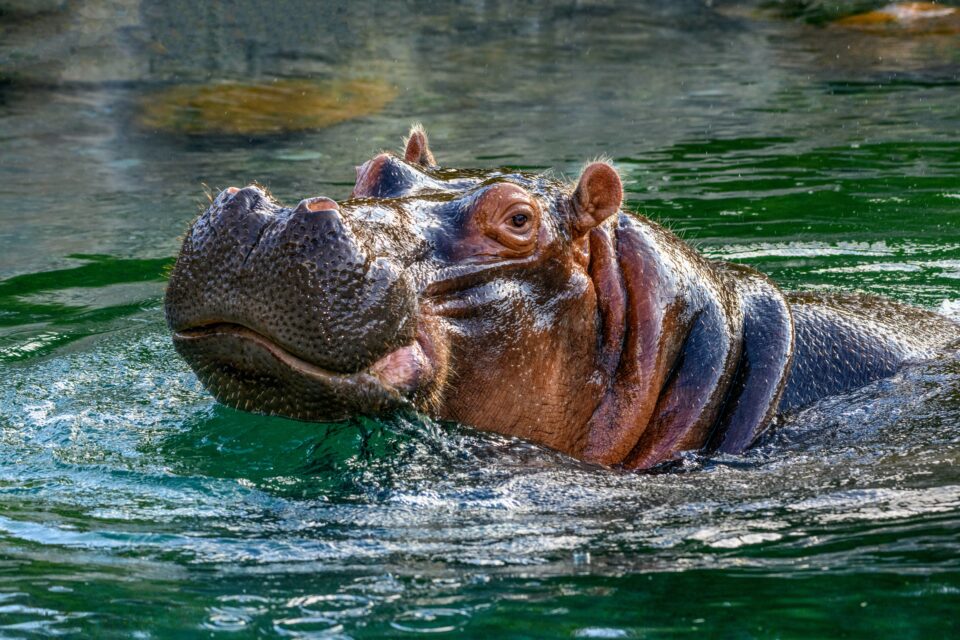 Because hippopotamuses are vocal animals whose wheezy, honking voices carry over long distances, scientists suspected that vocalizations might be an important part of their lives. A new study published in the journal Current Biology, shows that hippos can recognize each other’s voices. The research also shows that hippos respond more aggressively to the calls of strangers than to their neighbors.

“We found that the vocalizations of a stranger individual induced a stronger behavioral response than those produced by individuals from either the same or a neighboring group,” said Nicolas Mathevon, a professor at the University of Saint-Etienne in France.

“In addition to showing that hippos are able to identify conspecifics based on vocal signatures, our study highlights that hippo groups are territorial entities that behave less aggressively toward their neighbors than toward strangers.”

Professor Mathevon and colleagues studied hippos in Maputo Special Reserve in Mozambique, an area with several groups of hippopotamuses inhabiting different lakes. First, they recorded calls from all hippo groups. Next, they played back all the calls to each group to see how they’d react.

The researchers specifically wanted to see if the hippos would react differently to recordings of neighbors as opposed to strangers. The hippopotamuses responded by vocalizing, spraying dung (a territorial display), or approaching.

It turns out the hippos responded more strongly to the voices of strangers than to those of animals they were familiar with. This result has important conservation implications. Hippos are often relocated to maintain healthy populations,

“Before relocating a group of hippos to a new location, one precaution might be to broadcast their voices from a loudspeaker to the groups already present so that they become accustomed to them and their aggression gradually decreases,” explained Professor Mathevon. “Reciprocity, in which the animals to be moved become accustomed to the voices of their new neighbors before they arrive, could also be considered.”