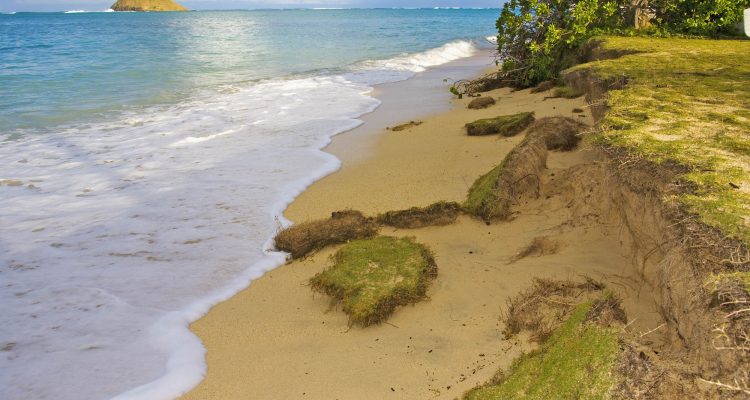 New research published in Geophysical Research Letters shows that the longest and highest-quality records of historical ocean water levels may underestimate the amount of global average sea level rise that occurred during the 20th century. Dr. Philip Thompson, associate director of the University of Hawai’i Sea Level Center in the School of Ocean and Earth Science and Technology (SOEST), led the study.

“It’s not that there’s something wrong with the instruments or the data,” said Thompson, “but for a variety of reasons, sea level does not change at the same pace everywhere at the same time. As it turns out, our best historical sea level records tend to be located where past sea level rise was most likely less than the true global average.”

A team of earth scientists from the University of Hawai’i at Mānoa, Old Dominion University, and the NASA Jet Propulsion Laboratory worked together to evaluate how various processes that cause sea level to change differently in different places may have affected past measurements. One particularly important concept is the existence of “ice melt fingerprints”, which are global patterns of sea level change caused by deviations in Earth’s rotation and local gravity that occur when a large ice mass melts. Each glacier, ice cap, or ice sheet has a unique melt fingerprint that can be determined using NASA’s GRACE satellite measurements of Earth’s changing gravitational field. 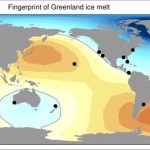 During the 20th century, the dominant sources of global ice melt were in the Northern Hemisphere. The results of this study showed that many of the highest-quality historical water level records are taken from places where the melt fingerprints of Northern Hemisphere sources result in reduced local sea level change compared to the global average. Furthermore, the scientists found that factors capable of enhancing sea level rise at these locations, such as wind or Southern Hemisphere melt, were not likely to have counteracted the impact of fingerprints from Northern Hemisphere ice melt.

“This is really important, because it is possible that certain melt fingerprints or the influence of wind on ocean circulation might cause us to overestimate past sea level rise,” said Thompson, “but these results suggest that is not likely and allow us to establish the minimum amount of global sea level rose that could have occurred during the last century.”

The investigation concludes that it is highly unlikely that global average sea level rose less than 14 centimeters during the 20th century, while the most likely amount was closer to 17 centimeters.

Managed for NASA by the California Institute of Technology, the Jet Propulsion Laboratory has sent robotic spacecraft to all the planets in the solar system and created all four rovers successfully delivered to Mars. In addition, the laboratory has active programs in Earth science, space-based astronomy and technology development, and manages NASA’s worldwide Deep Space Network.