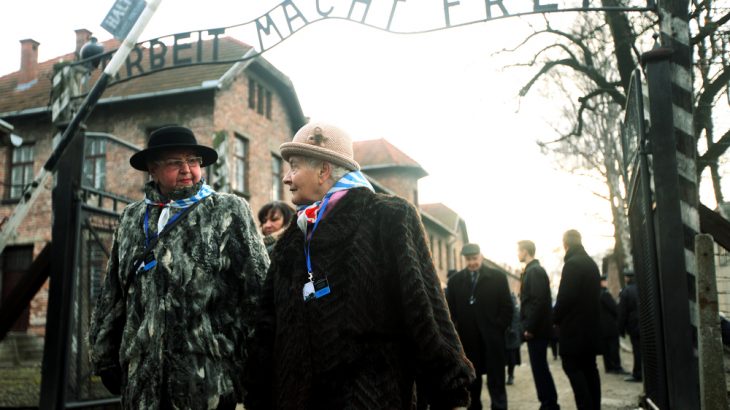 A new study shows that the stress of surviving such deep trauma left permanent biological and psychological marks on survivors’ brain structure – changes that could even potentially be passed down to their children and grandchildren, researchers said.

“After more than 70 years the impact of surviving the Holocaust on brain function is significant. We revealed substantial differences in the brain structures involved in the processing of emotion, memory and social cognition, in higher level of stress but also of post-traumatic growth between Holocaust survivors and controls,” Dr. Ivan Rektor of Masaryk University said in a press release. “Early results show this is also the case in children of survivors, too.”

The study looked at the brain function of 56 people with an average age of 79 to 80 years old. Twenty-eight of the group were Holocaust survivors, while the other half served as controls. The Holocaust survivors had significantly less gray matter on average, with those who were under 12 at the time of the Holocaust showing the worst effects. This is despite the fact that many participants reported being satisfied with their personal and professional lives after tthe end of World War II.

Previous research has also shown that post-traumatic stress disorder – both in combat veterans and survivors of childhood trauma – can be linked to reduction of gray matter, the researchers noted.

The team is now looking at the brain function of the children and grandchildren of Holocaust survivors. Early results point toward reduced connectivity in areas of the brain that deal with emotions and processing memories. Researchers are moving ahead with further research to determine whether the brain function changes are the result of nature – a change in Holocaust survivors’ DNA that was passed down to their descendants – or nurture due to growing up in the home of a parent who had undergone significant trauma.

The study isn’t the first to find that the effects of trauma may be passed down through the generations. Research on soldiers in the U.S. Civil War found that the sons of prisoners of war – children born after the war ended and their fathers returned home – were much more likely to die young than sons of soldiers who had not been prisoners. The effect was more widespread among children of men who had been prisoners in 1863 and 1864, when conditions in prisons on both sides became drastically worse.

Another study found that children born during the Dutch Hunger Winter suffered physical effects that may have been passed down to their descendants.

“Our hope is that these findings and our ongoing research will allow us to understand more about the effect of these experiences in order to focus therapy to support survivors’ and their descendants’ resilience and growth,” Rektor said. “We may also reveal strategies that Holocaust survivors used to cope with trauma during their later lives and to pass on their experience to further generations.”

The study will be presented today at the 5th European Academy of Neurology Congress.