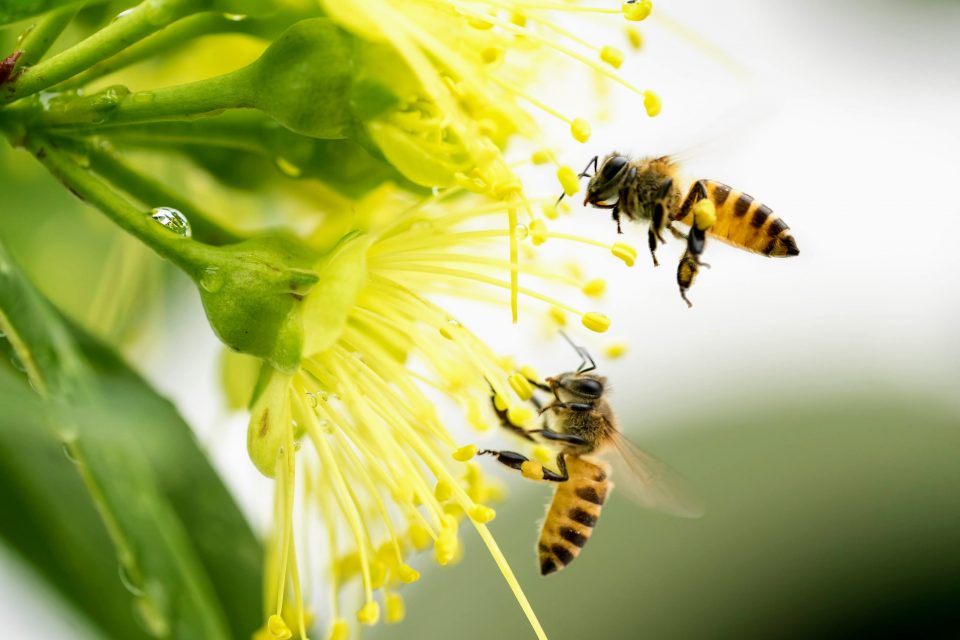 A new study from Queen Mary University of London has uncovered the mating secrets of honeybee drones. The researchers used radar technology to reveal that male honeybees, also known as drones, swarm together in specific aerial locations to mate with queens.

The lifetime goal of a male honeybees is to mate with a queen bee in mid-air. These drones are believed to gather in massive groups of up to 10,000 individuals in mating congregation areas.

The tracking data showed that drones alternated between periods of straight and convoluted looping flight patterns within a single flight. Upon further investigation,  the researchers discovered that phases of looping flight were associated with four distinct aerial locations where drones congregated. Remarkably, the specific congregational sites were consistent over a two year period.

It remains a mystery how the drones find these congregation areas. Considering that their average lifespan is only around 20 days, new generations of bees could not find these areas by simply following older drones.

“Our findings suggest drones locate congregation areas as early as their second ever flight, without apparent extensive search. This implies that they must be able to get the information required to guide them to a congregation from observing the landscape close to their hive. In the future, we will look at how they accomplish this feat,” explained study co-author Professor Lars Chittka.

The researchers propose that drone congregation areas could function like ‘leks,’ mating systems in which large numbers of males gather solely in an attempt to mate. Lek systems are most well known in vertebrates like deer, and males typically stick with a location.

“By using harmonic radar technology to track the bees, we found that individual flight paths show a clear change of behavior from straight flight to looping flight,” said study lead author Dr. Joe Woodgate. “Periods of looping flight were clustered in particular locations and repeatable over two years, confirming that stable drone congregation areas, similar to ‘leks’ in other species, do exist.”

“We show that drones frequently visited more than one congregation area on a single flight. This is the first evidence for males of any species routinely moving between lek-like congregations and may represent a new form of lek-like mating system in honeybees.”

Within these congregation areas, the experts noted some similarities between the behavior of drones and swarms of mosquitoes.

The researchers observed that when drones are making looping flight in one congregational area – the farther they go from the center, the harder they accelerate back toward it. This creates an apparent force, drawing bees toward the center and leading to a stable, coherent swarm.

“We believe that bee-inspired robotics will play a role in improving robotics and artificial intelligence in the future,” said Dr. Woodgate. “Understanding how bees select and find distant goals based on their explorations of their surroundings will be important for this.”