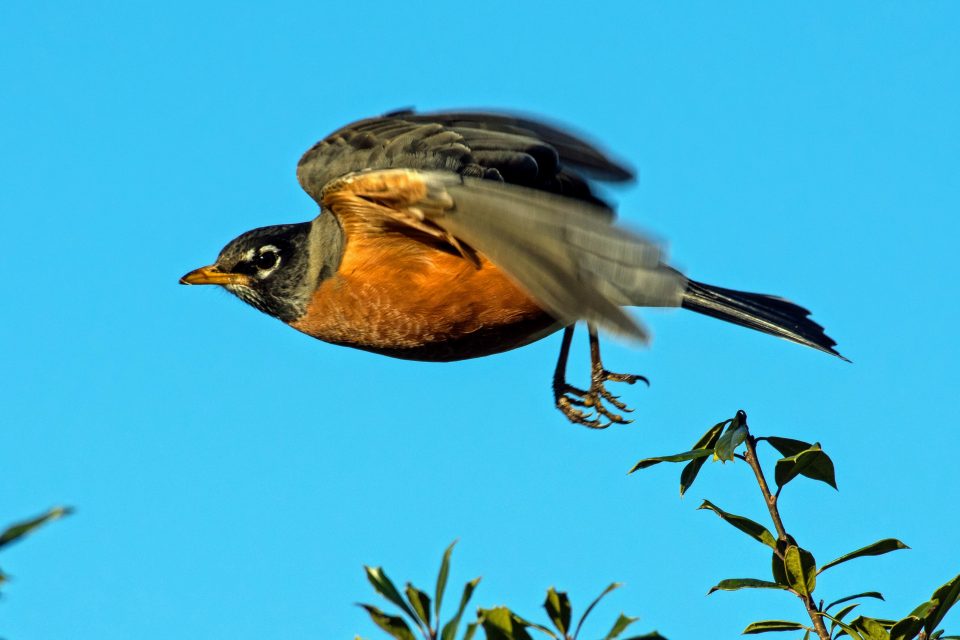 Many species of birds migrate across entire continents only to land at the same exact spot as the year before. This navigational skill may seem like magic, but animals sense the world differently than humans, and they have evolved different abilities for doing so. A bird’s navigational prowess can be at least partially attributed to their ability to sense Earth’s magnetic field.

In a new study led by the University of Oldenburg, experts have been exploring the idea that a bird’s magnetic sense is related to a light sensitive protein found in the eye.

The researchers set out to investigate whether the protein cryptochrome 4 is used by birds to detect magnetic fields. The scientists were able to extract the DNA that encodes the protein in migratory robins and clone it in the lab. They reproduced large amounts of the protein to be examined by techniques that demonstrated its sensitivity to magnetic fields.

“We think these results are very important because they show for the first time that a molecule from the visual apparatus of a migratory bird is sensitive to magnetic fields,” said study co-author Henrik Mouritsen.

After demonstrating the magnetic sensitivity of the protein found in migratory robins, the research team cloned the same protein from chickens and pigeons, birds that do not migrate (but it might be noted, pigeons still have incredible navigational ability). The proteins from the non-migratory birds were similar in their photochemistry but notably less sensitive to magnetic fields.

The scientists note that the research is not definitive proof that birds sense magnetic fields with cryptochrome 4. The proteins were tested in isolation in the lab using magnetic fields significantly stronger than the natural ones found on earth.

More research is needed to prove that this reaction is happening in the eyes of living birds caused by the Earth’s magnetic fields.

“If we can prove that cryptochrome 4 is the magnetic sensor we will have demonstrated a fundamentally quantum mechanism that makes animals sensitive to environmental stimuli a million times weaker than previously thought possible,” said study co-author Peter Hore.