How do great grey owls capture prey beneath snow? • Earth.com 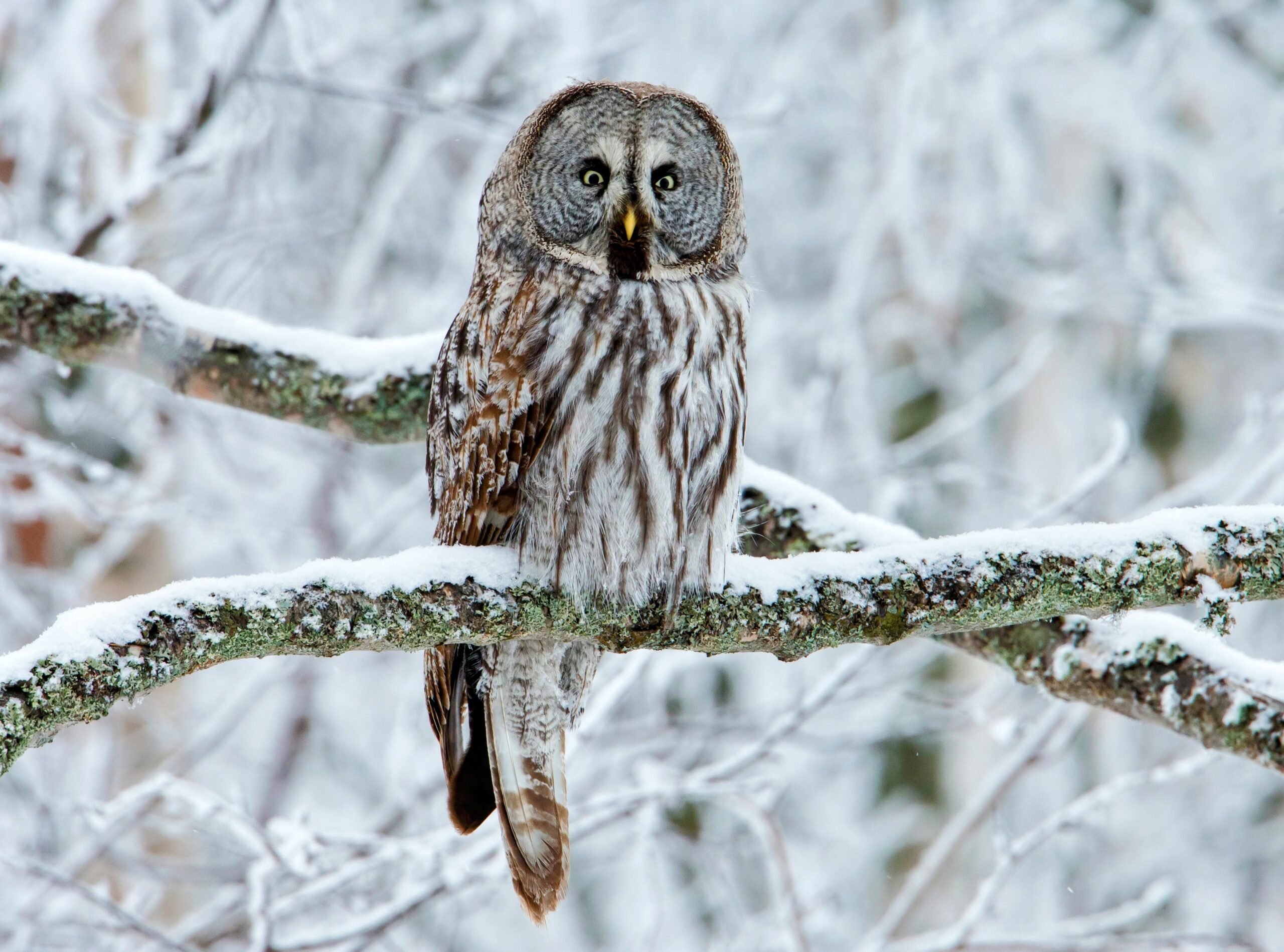 A new study led by the University of California, Riverside, has found that hovering for a few moments over a target helps giant-faced great grey owls pinpoint prey hidden under as much as two feet of snow. Moreover, some of these owls’ physical features, such as the shape of their wings and face, help them correct for sonic distortions caused by the snow, enabling them to find their often rapidly moving prey with amazing accuracy.

While most owl species fly straight at their prey, great grey owls hover for a while above the target area before dropping down and punching through the snow with their talons.

“These aren’t the only birds to hunt this way, but in some ways, they are the most extreme because they can locate prey so far beneath the snow cover,” said study lead author Christopher Clark, a biologist at UC Riverside. “This species is THE snow hunting specialist.”

The researchers conducted a series of experiments in the forests of Manitoba in Canada, by digging holes next to the ones they observed the owls created while hunting, and placing speakers playing a variety of sounds in them, including high-frequency white noise, as well as recordings of burrowing voles (one of the owls’ favorite prey), which are low frequency.

By analyzing the sounds emerging from the snow from six different depths, the experts found that low-frequency noises transmitted best. “The fact that low frequency sound passes through snow explains the facial disc of this species, because they have better low frequency hearing with such a big disc,” Clark explained.

Moreover, the analysis also revealed that snow usually bends the voles’ sounds, creating an “acoustic mirage” that could lead the owls astray. However, by hovering a moment directly above their prey, these birds are capable to correct for the snow’s distortions. According to Clark, “the distance the sound has to travel from just overhead is shorter, and there’s less snow for the sound to travel through from that spot. This definitely helps the owls land where they need to.”

In addition, the wings of these owls appear to dampen the sound of flying, which may allow them to better focus on the sounds coming from their prey. This finding is interesting not only for owl specialists, but also for engineers aiming to design quitter flying machines.

“Between the 1940s and 60s, airplane sounds dropped dramatically, but since then, planes haven’t gotten much quieter. Studying how these owls’ wings function could help inspire new planes and drones that create less noise,” Clark concluded.