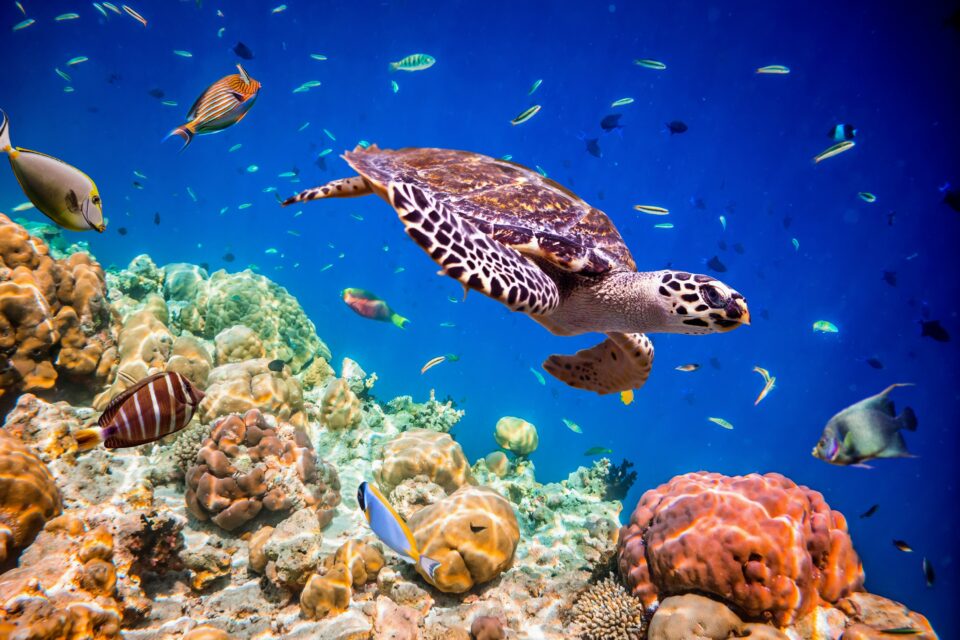 Extreme weather events created by human-caused climate change have increased throughout the world. Droughts, flooding, and storms often occur in combinations that intensify the impacts.

Research on extreme weather events has been mainly focused on the terrestrial impacts, and few studies have looked closely at changes occurring in the largest part of the Earth – the ocean.

In 2011, a heatwave off the coast of western Australia destroyed biodiverse kelp forests. This is probably the worst case known of the “blob,” a massive bubble of warm water that formed in the Pacific, killing millions of sea birds, fishes and other animals.

A team of scientists led by Professor Nicolas Gruber at ETH Zurich developed an ocean model to examine this extreme weather event. The researchers concluded that it was not only high temperatures that caused the mass die-offs, but also a combination of events occurring simultaneously.

“When marine life is confronted with multiple stressors at once, it has difficulty acclimatizing,” said Professor Gruber. “For a fish species that’s already living at the upper end of its optimal temperature range, an added oxygen deficiency can mean death.”

In a paper published in the journal Nature, the scientists call upon other researchers to pay greater attention to extreme weather events in the world’s oceans.

“To assess the risks of these kinds of events, we urgently need to study the chain of different environmental factors leading to such extremes more closely – and not only in individual regions, but also at the global level,” said Professor Gruber.

Leading by example, the scientists analyzed extreme weather events in the period from 1861 to 2020 and compared this to preindustrial times. The results showed that the number of warm ocean days has increased annually from an average of four to an average of 40.

Even though this is an obvious problem, the unfortunate reality is we know much less about marine ecosystems than the ones on land in which we live. For example, we do not know the tolerances of many different marine species.

“We know from Swiss forests that beech trees are less drought-​tolerant than, for instance, pines,” said Meike Vogt, a senior researcher in Gruber’s group.

“We lack broad understanding of the ecosystem structure and function in the various ocean regions. Only when we have this foundation will we be able determine the impact of climate change and extremes.”