How much sea-level rise can we expect this century? • Earth.com 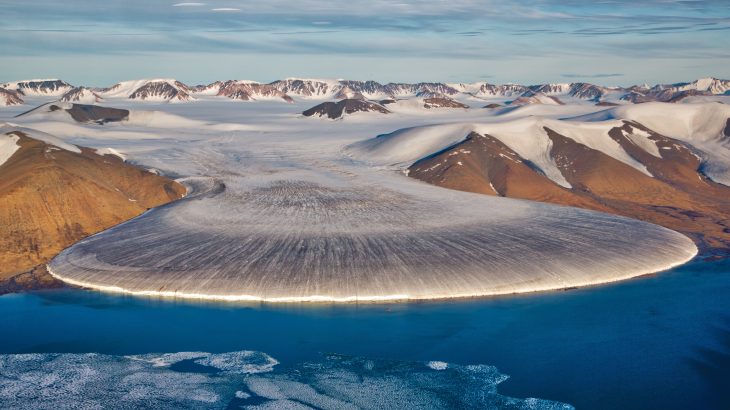 Rapidly melting ice sheets in Greenland and Antarctica are believed to be the two main drivers of sea-level rise, and calculating future ice loss is critically important to gain a better idea of how much we can expect the oceans to expand in the coming decades.

In an unprecedented study from AWI, 36 research institutes have compared 14 ice-sheet models using the same atmospheric and ocean data to calculate the amount of sea-level rise that will be contributed by Greenland and Antarctica throughout the remainder of this century.

The model simulations showed consistent results for Greenland. If greenhouse gas emissions and global warming continue at the current rate, Greenland will lose enough ice to contribute nine centimeters to global sea-level rise by the year 2100.

On the other hand, the model simulations for Antarctica were widely variable. Some models predicted an additional sea-level rise of up to 30 centimeters, while others projected much lower numbers.

Developing realistic ice-sheet models is challenging for several reasons. First of all, certain measurements of ice sheets cannot be tested and confirmed in the lab. In addition, there are key parameters that are missing, such as how the land surface in Greenland and the Antarctic affects the behavior of ice masses. The only way for ice sheet modelers to test the quality of a model is to compare it to other models.

Study co-author Dr. Martin Rückamp is a glaciologist and ice-sheet modeler at the Alfred Wegener Institute, Helmholtz Centre for Polar and Marine Research (AWI) in Bremerhaven.

“The 14 ice-sheet models compared match our latest observations, which indicate that the Greenland Ice Sheet is increasingly losing ice, especially at the margins,” said Dr. Rückamp. “But viewed more broadly, the losses of mass predicted by the models for the timeframe from 2015 to the present lie far below the actually observed losses. To put it simply: the ice-sheet models for Greenland underestimate the current changes in the ice sheet due to climate change.”

The study findings suggest that global warming will lead to more snowfall and strengthen ice masses in East Antarctica.

“These simulations show that, in a warmer world, there would be so much snowfall in East Antarctica that the new ice formed there would outweigh the ice lost to the warming seawater in West Antarctica,” said study co-author Dr. Thomas Kleiner.

“For the past 40 years, we’ve observed a clear downward trend in the Antarctic. The ice sheet is losing more and more ice, especially in West Antarctica, where our models also predicted major losses of ice,” said study co-author Professor Angelika Humbert. “That being said, the acceleration of the glaciers simulated in the models was much less pronounced than what we actually observed.”

“If our suspicions prove to be true, it will also mean that the models underestimate how much Antarctica as a whole will contribute to future sea-level rise.”

According to Dr. Kleiner. the spectrum of results produced by the models is now smaller. “As a result, we can have more confidence in their projections.”

However, the study had some limitations. For example, in the Antarctic simulations, the ocean’s effects on ice shelves and glaciers were not represented using complex approaches for each ice tongue. The models relied on simplified formulas, which introduced considerable uncertainty.

“As a result, the models weren’t able to reflect the different melting rates on the underside of the ice shelves, or to simulate the actually observed acceleration of the glaciers, which I personally find quite troubling,” said Professor Humbert.

“Our goal will then be to produce simulations of the ice sheets’ development that are as realistic as possible. To do so, simulation timeframes need to be selected that will allow the models’ results to be compared to actual observational data.”