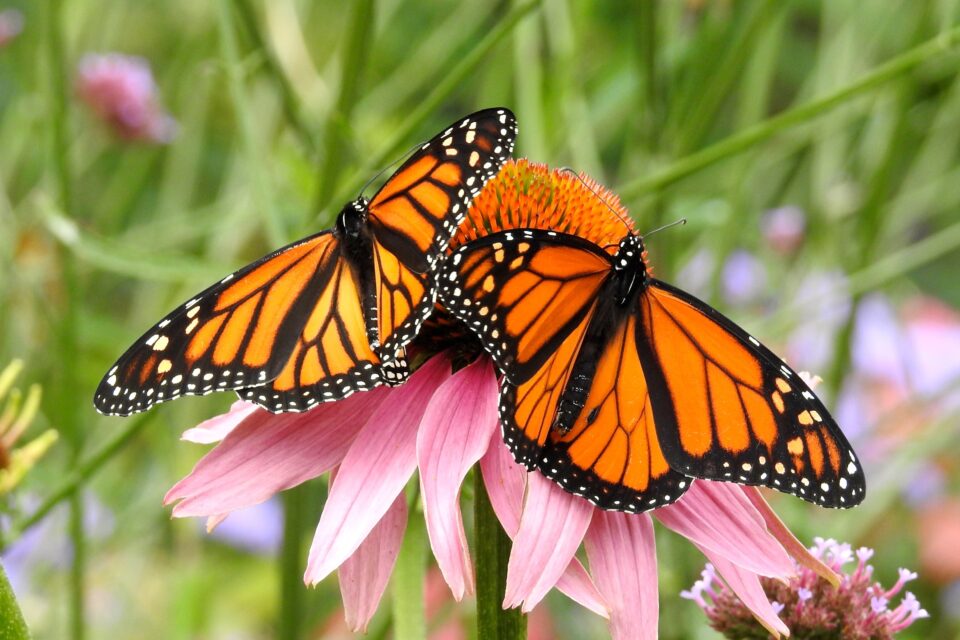 How predators have outsmarted monarch butterflies

Monarch butterflies and some of their close relatives thrive on poisonous milkweed, due to genetic mutations that block the effects of the toxins on their organisms while allowing them to accumulate in the caterpillar or adult insects as deterrents to some of their predators. A new study led by the University of California, Berkeley and UC Riverside has found that some of these predators have evolved similar mutations in order to be able to feast on the butterflies.

The research team discovered monarch-like mutations in the genomes of four organisms that are known to feed upon monarchs: the black-headed grosbeak, a migratory bird that eats monarch butterflies while spending the winter season in Mexico; the eastern deer mouse, which feeds on butterflies that fall on the ground; a tiny wasp that parasitizes monarch eggs; and a nematode which parasitizes larvae that eat poisonous milkweed.

According to the scientists, these predators evolved mutations in one or several copies of a gene for the sodium-potassium pump, which has a role in regulating heartbeats and nerve firings. These seem to be the same mutations that make monarch butterflies capable of eating milkweed without succumbing to its cardiac glycosides – toxins that interfere with the sodium-potassium pump and can provoke cardiac arrest in organisms that are not adapted to tolerate them.

“The toxins move up the food chain from plants – what biologists call the first trophic level – to insect herbivores, the second, and then to predators and parasitoids – a third trophic level,” said study lead author Noah Whiteman, a professor of Integrative Biology and Molecular and Cell Biology at UC Berkeley.

“In response, the predators and parasitoids have evolved resistance to the toxins at the same sites that we discovered were changing in the monarch, and sometimes to the same amino acids. This might be the first time that the same resistance mutations have been found in the third and second trophic levels that evolved in response to the latter feeding on toxic plants.”