How tadpole vision changes from water to land • Earth.com 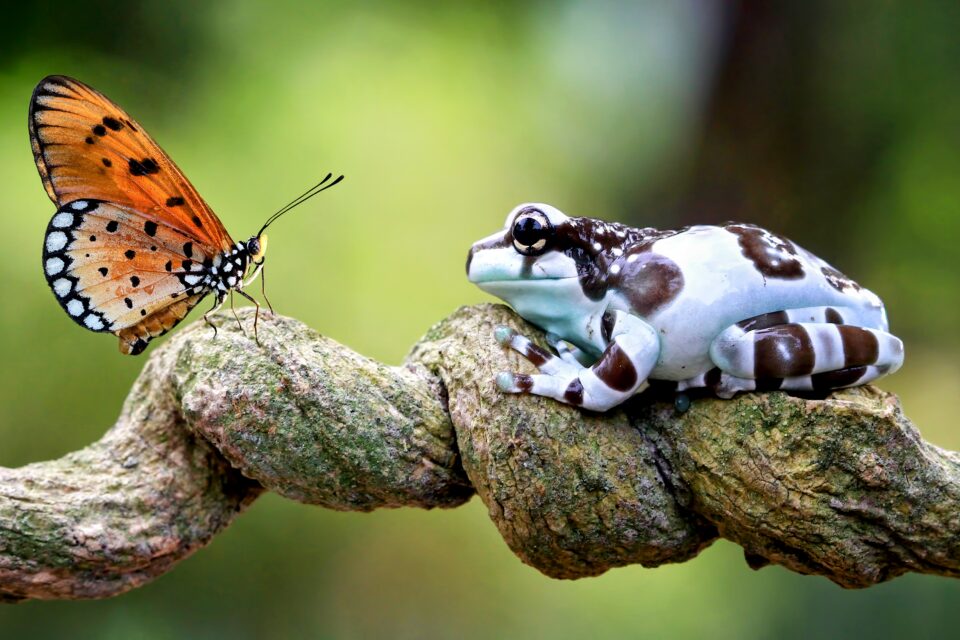 It’s well known that frogs undergo a great many changes as they develop from tadpoles into adults. What was less understood was how eyes change during the development of frogs, so researchers set out to investigate in a new study published in the journal BMC Biology.

“Seeing underwater is not the same as seeing on land. The light underwater can have more of a reddish cast, especially in ponds where many frogs live, while the light on land is bluer. The amount of light is also different under water versus on land,” explained study lead author Ryan Schott of York University.

“Animals that see well in one environment will likely not see clearly in the other. We were interested in finding out what changes occur that allow an animal to go from seeing underwater to seeing on land.”

“The adaptive decoupling hypothesis proposes that animals that have distinct life stages separated by metamorphosis, like caterpillars to butterflies or tadpoles to frogs, might be more able to adapt to their different environments.”

The researchers used RNA sequencing, which allowed them to see what genes were expressed in the eyes during different stages of development. They also measured the photoreceptor’s sensitivity to different colors of light at different points using microspectrophotometry.

The scientists were surprised by the results of the RNA sequencing, which showed that 42 percent of the tadpole eye genes changed expression during their transformation to adults.

“The difference in the gene expression levels that we found in their eyes across the life stages was much higher than expected and a high proportion of them are genes that are directly involved in vision, which was an exciting result,” said Schott.

The eyes of the tadpoles, as expected, changed to see better in bluer light, as opposed to their aquatic natal habitat, just like leopard frogs found above water.