Human ancestors may have stayed in the trees longer than we thought • Earth.com 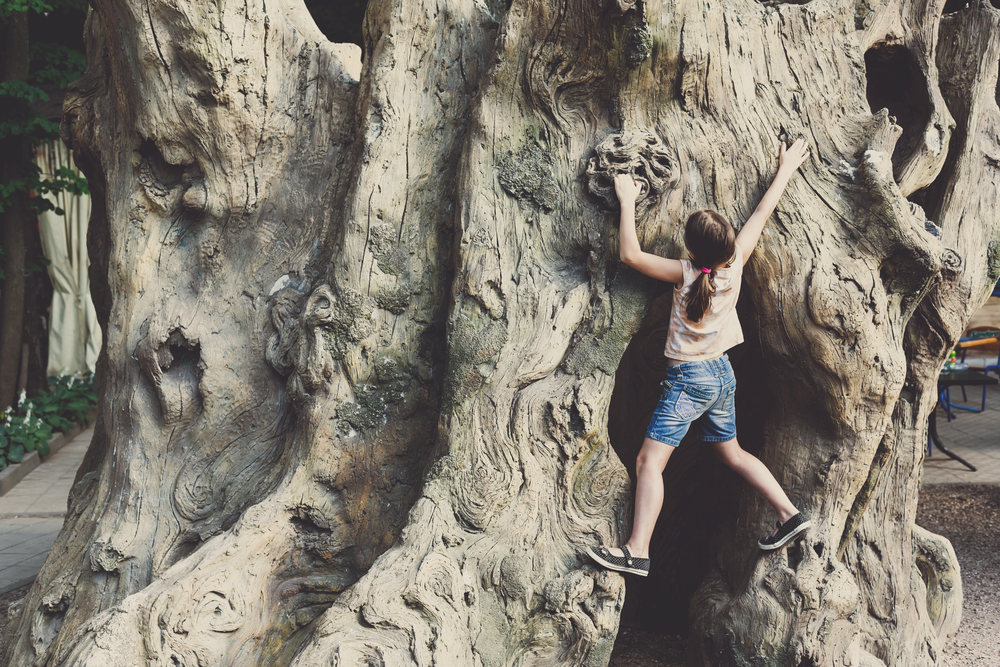 One modern quirk has researchers wondering whether human ancestors could have navigated the treetops far longer than previously believed.

The “light fingertip touch” strategy that helps modern humans avoid falls boosted study participants’ balance by 30 percent in a simulated forest canopy, scientists from the University of Birmingham found in a new study.

“Some argue that arboreal bipedalism was prohibitively risky for hominins whose increasingly modern anatomy prevented them from gripping branches with their feet. Balancing on two legs is indeed challenging for humans under optimal conditions let alone in forest canopy, which is physically and visually highly dynamic,” the researchers wrote in their paper, published in the journal Scientific Reports.

The study looked at the modern human behavior of lightly resting fingertips against a solid support when feeling off-balance. But the improvement in balance shows that human ancestors may have used the same strategy – even as they were learning to walk on two legs – to keep from falling while traveling through the trees.

Study participants were asked to stand and move on a “branch-like bouncy springboard” while watching a video of swaying branches. The moving environment and images destabilized them as much as a blindfold might have, the scientists found.

However, a light fingertip touch on a stable surface improved their balance and allowed their thigh muscles to work less at providing stability, the study showed.

“This demonstrates how a light touch strategy could have been central to our ancestor’s ability to avoid falls and reduce the mechanical and metabolic cost of arboreal feeding and movement,” the researchers wrote.

The team of scientists believe that the adaptation shows that human ancestors could have continued to use forest canopies to travel and for other activities, even as they began adapting to use tools. Along with other recent studies, this calls into question the assumption that early human ancestors transitioned smoothly and permanently from arboreal living to walking on the ground.

“Instead ancestral bipedal hominins appear to have continued to exploit tree canopy habitats well into our own genus Homo,” the researchers wrote.