Human-caused climate change is to blame for 24 extreme weather events in 2015 • Earth.com 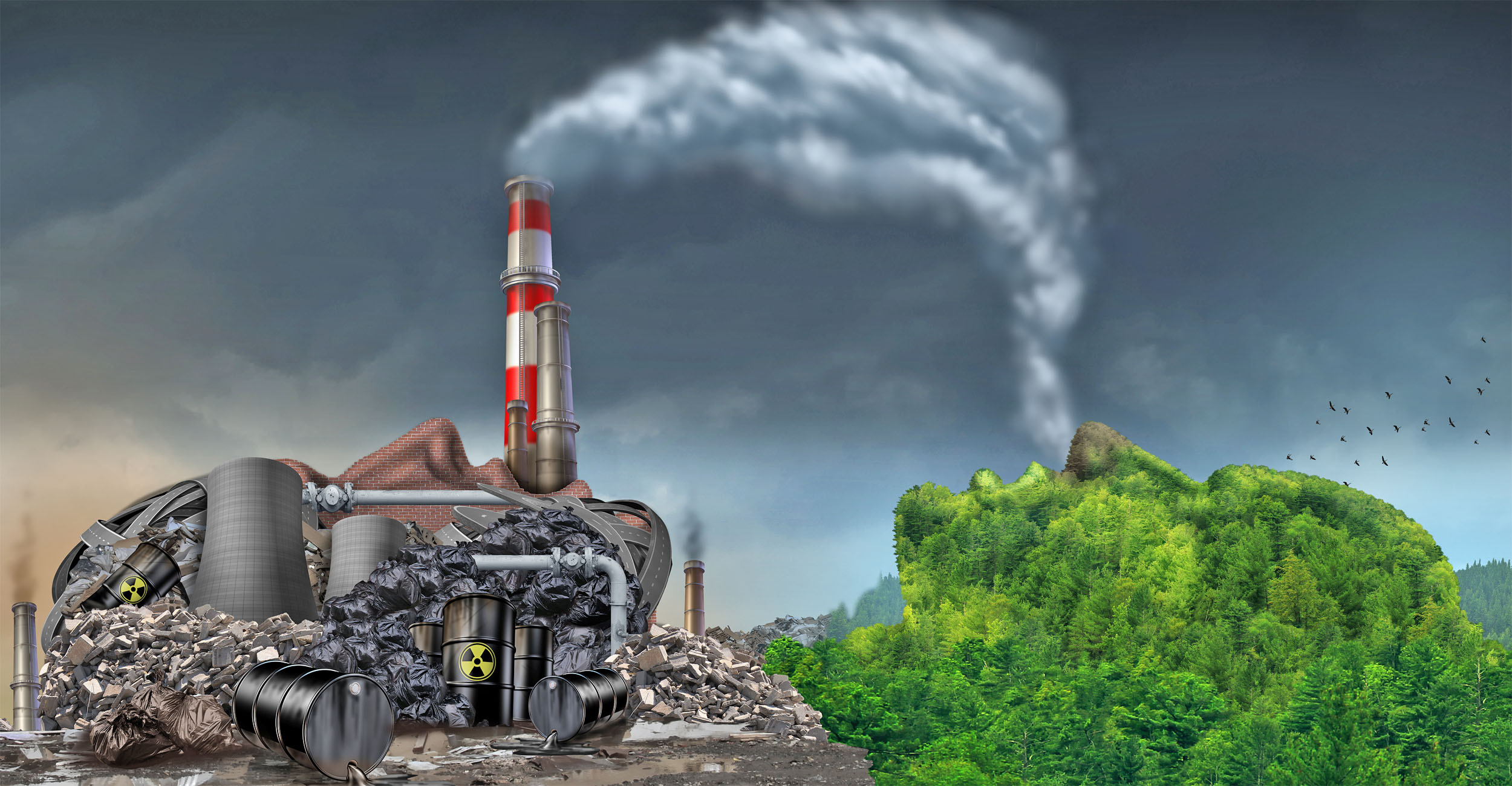 There is an overwhelming consensus in the scientific community that human-caused climate change is changing the planet. Carbon dioxide (CO2) is the main heat-trapping gas largely responsible for most of the average warming over the past several decades. When humans burn coal, oil and gas (fossil fuels) to generate electricity or drive our cars, carbon dioxide is released into the atmosphere, where it traps heat. But how does this directly impact humanity?

Human-caused climate change very likely increased the severity of heat waves that plagued India, Pakistan, Europe, East Africa, East Asia, and Australia in 2015 and helped make it the warmest year on record, according to new research published today in a special edition of the Bulletin of the American Meteorological Society.

The fifth edition of Explaining Extreme Events from a Climate Perspective offsite link presents 25 peer-reviewed research papers that examine episodes of extreme weather of 2015 over five continents and two oceans. It features the research of 116 scientists from 18 countries analyzing both historical observations and changing trends along with model results to determine whether and how climate change may have influenced the event.

The strongest evidence for a human influence was found for temperature-related events — the increased intensity of numerous heat waves, diminished snowpack in the Cascades, record-low Arctic sea ice extent in March and the extraordinary extent and duration of Alaska wildfires.

“After five years of the BAMS Explaining Extreme Events report, we’re seeing mounting evidence that climate change is making heat waves more extreme in many regions around the world,” said lead editor Stephanie C. Herring, a scientist with NOAA’s National Centers for Environmental Information. “As we get better at distinguishing the influence of climate change from natural variability, the local significance and impacts of this global phenomenon are becoming clearer.”

Evidence of human-caused-climate-change in 2015 flooding, fires – and sunshine

Numerous other events of 2015 were made more extreme by climate change, the report found. The probability of “sunny day” tidal flooding events in the Miami area, like the one that inundated coastal areas that September, has risen 500 percent since 1994, according to one study. Human-induced climate change likely contributed to the record high intensity of west North Pacific typhoons and the record amount of winter sunshine in the United Kingdom.

But researchers found no evidence of an overall climate change signal in the delayed onset of the Nigerian spring rainy season or in the extreme daily rainfall totals that inundated Chennai, India in December. There was likewise no evidence that the extreme cold winter conditions over the northeast United States in 2015 were made more likely by human-induced climate change. 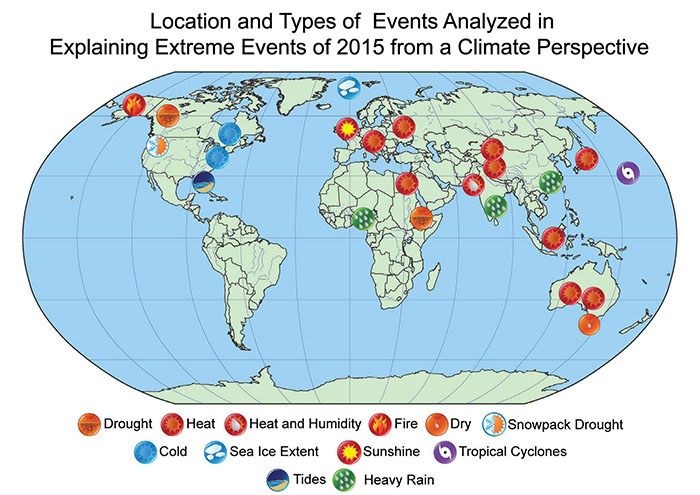 Lessons learned over the past five years

More than 100 papers examining extreme events have been accepted for publication in this special report since its inaugural issue in 2012. These studies take a place-based and event-specific approach to identifying the role of human-caused-climate-change, and answer the question of how much a particular recent event’s likelihood of recurrence or intensity has changed relative to the past.

While there’s mounting evidence in the role of human-caused-climate-change in amplifying the severity of heat waves, evidence of a climate change signal has not been found in a majority of extreme precipitation studies published in this special edition, Herring said.

However, she cautioned that the lack of clear evidence of a climate signal did not necessarily mean climate change played no role in an event. A “null” result could mean the event fell within the bounds of natural variability. It could also mean that the framing of the research question or the method of analysis chosen requires further refinement and development.

Identifying analytical methods that work better than others

Contributing authors choose the event they wish to study, so the new studies are neither a random sample nor a comprehensive survey of extreme weather events. They do illustrate how various methods can be applied to extreme event analysis, she said, and in cases where multiple groups look at the same event, the relative skill of different approaches can be compared.

“With this report, we continue to document scientists’ growing ability to identify how climate change influences today’s weather,” said Jeff Rosenfeld, editor-in-chief of the Bulletin of the American Meteorological Society, which independently conducts the peer reviews for studies included in this special report. “These accessible and brief papers show the scientific community and the public that once seemingly impossible insights about climate impacts are now within the capability of timely, rigorous science.”

Evidence for human-caused-climate-change was identified for:

No climate change signal was found for: