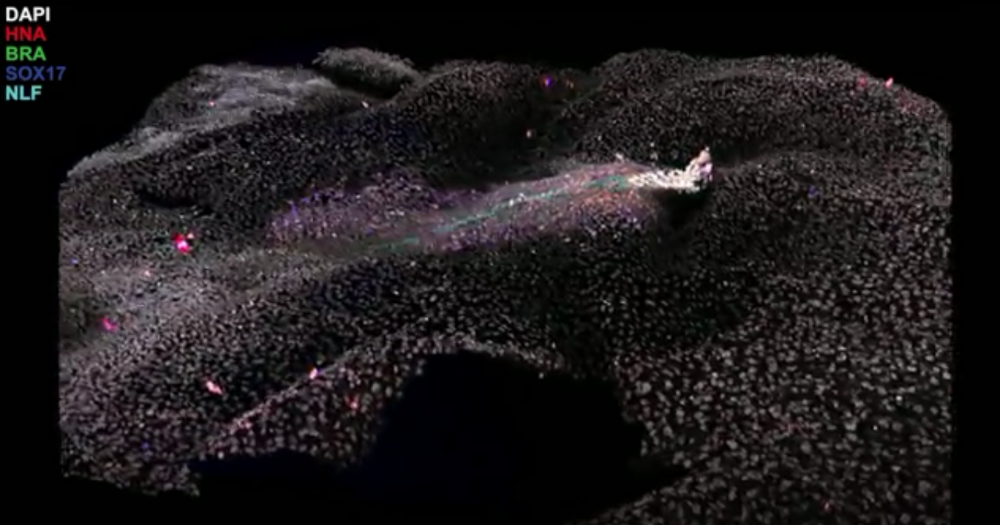 Attaching human cells to a chicken embryo have allowed scientists to make a major leap forward in their knowledge of how human fetuses develop. The new technique could give medical researchers important new data about fetal health in future experiments – but not everyone is happy about it.

A headline in the Daily Mail called the experiment a “half-man half-chicken abomination.” One Twitter user compared the experiment to the monstrous characters of “The Island of Dr. Moreau.” Others questioned the ethics around creating human-animal hybrids.

It isn’t the first time scientists have created hybrids in a lab, though the technology is relatively new. In 2016, scientists at the Salk Institute announced that they’d created a “chimera” – an embryo with both pig and human cells.

Even then, the news made some recoil.

“I find these experiments disturbing. In mythology human-animal chimeras were frightening monsters for good reason,” David King told the Daily Mail. “I don’t recall these scientists asking for the public’s opinion before going ahead with such experiments.”

Vice spoke to a medical ethicist about the experiments, but included a manipulated image that showed an artist’s imagining of a full-grown human-pig chimera (the actual embryos were destroyed at four weeks old).

“One reason that human-pig hybrids are a source of anxiety is that they can conjure up a fear of our own death,” Dr. Brock Baston, a psychologist at the University of Melbourne, wrote for The Conversation in February 2017. “The possibility that a pig could grow your next pancreas is a cogent reminder that humans are also animals, and this very biological reminder can create existential angst.”

And now, the team of biologists led by Dr. Ali Brivenlau of Rockefeller University has used a chicken embryo infused with human cells to study the process by which organizer cells lay out a fetus.

If people find the research so disturbing, why use human-animal hybrids at all?

Brivenlau’s team grafted human organizer cells onto a chicken embryo because of U.S. laws limiting the use of human embryos and tissue in research.

Organizer cells determine which part of an embryo will become the head, feet, front or back. They’ve been observed in other animals, and experiments on salamanders have demonstrated how “confusing” the organizer cells can lead to conjoined twins or other issues.

But salamanders and humans are different, and scientists wanted to observe how human organizer cells worked. The problem is that legally, scientists cannot experiment with human embryos more than 14 days old, which is too young to study the organizer cell process. Before the experiment, researchers weren’t even sure that humans had organizer cells, or that they worked like the ones seen in fish and amphibians.

“No one knew what happens after the ball of cells attaches itself to the uterus,” Brivenlau told Scientific American.

So they used a chicken embryo, but infused with human cells that would cause it to behave like a human one. The hybrid did not live long enough to hatch.

Learning how the organizer cells work in humans might someday allow scientists to use stem cells to regenerate organs and other tissues. But without the chicken embryo hybrid – or chimeras using other animals – researchers can’t legally study those organizer cells.

“Human embryonic stem cells and eggs have all the information,” Brivanlou told Scientific American. “Everything else is pushing the first domino.”

The study has been published in the journal Nature.