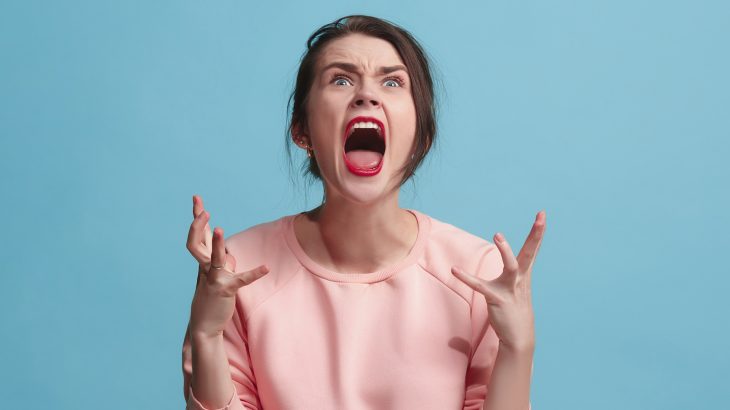 Experts believe that screaming evolved as a way for animals to startle an attacking predator for a chance to escape or to recruit help when they find themselves in trouble. While screaming has been well-studied in animals, there has been a lack of research on the function of human screams or how they differ from those of other species.

To investigate, a team of psychology students at Emory University led by Professor Harold Gouzoules designed an experiment in which 181 volunteers were asked to distinguish screams from non-screams. The participants listened to 75 human vocal sounds that represented a broad acoustical range and a variety of emotions.

To pinpoint the features that make sounds more screamlike, the team analyzed the sounds based on 28 acoustic parameters that assess pitch, timbre, duration, frequency range, and roughness.

“Rough sounds are perceived as harsh, raspy, gravelly or buzzing. Some recent research has suggested that roughness might be a defining quality of screams, so one of our goals was to assess this idea,” said study co-author and graduate student Jay W. Schwartz.

The study revealed that the sounds most often classified as screams shared certain acoustic features, including a high, sweeping pitch and high roughness. A whistle was the main non-scream sound that the majority of participants perceived to be a scream.

“This made sense though, when we looked into the acoustic qualities of the whistle,” said Schwartz. “It exhibited many of the traits we found to generally be associated with screams.”

According to Schwartz, the vocalizations people labeled as screams came from a surprisingly wide range of emotional contexts.

“Some were fearful, while others were angry, surprised, or even excited. In almost all other species, screams are reserved for a particular situation, like an attack by a predator or rival.”

“In the future we plan to incorporate functional magnetic resonance imaging (fMRI) to examine the neurological underpinnings of people’s reactions to screams,” said Professor Gouzoules. “Screams are inherently interesting vocalizations but there are also potential human health applications of research on screams as there are multiple psychiatric disorders that involve screaming behavior.”