Humans settled in the Americas at least 13,000 years ago • Earth.com 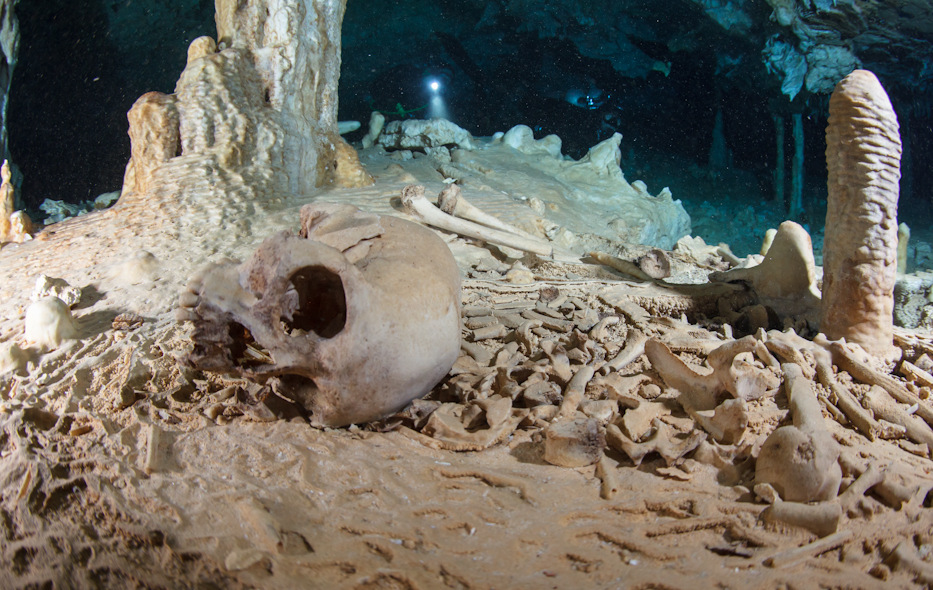 Humans settled in the Americas at least 13,000 years ago

Scientists have identified skeletal remains that belonged to one of the very first known settlers in the Americas. A detailed analysis of a skeleton found in the Chan Hol cave near Tulum in Southern Mexico revealed that human settlement in the Americas may have occurred in the late Pleistocene era.

The appearance of the first humans in the Americas is a timeline that scientists have not been able to clearly record and has been the subject of much debate. The majority of early osteological evidence is fragmentary, yet researchers have managed to find and date well-preserved prehistoric human skeletons in the caves of Tulum.

Wolfgang Stinnesbeck from Heidelberg University led a team of researchers to learn more about the earliest settlers of the Americas. To do this, they meticulously examined the skeleton discovered in the Chan Hol cave. The scientists analyzed the uranium, carbon, and oxygen isotopes found in its bones and in the stalagmite which had grown through its pelvic bone in order to date the skeleton.

The results of the study found that the skeleton dated back to ~13 k BP, or approximately 13,000 years before present. This indicated that the Chan Hol cave was inhabited during the late Pleistocene era and defined the skeleton as one of oldest examples of a human settler in the Americas.

The researchers pointed out that changes in climate over time may have influenced the dating of the skeleton. They said that future research may be able to determine how climate impacted the Chan Hol archaeological record. The study is published today in the journal PLOS ONE.