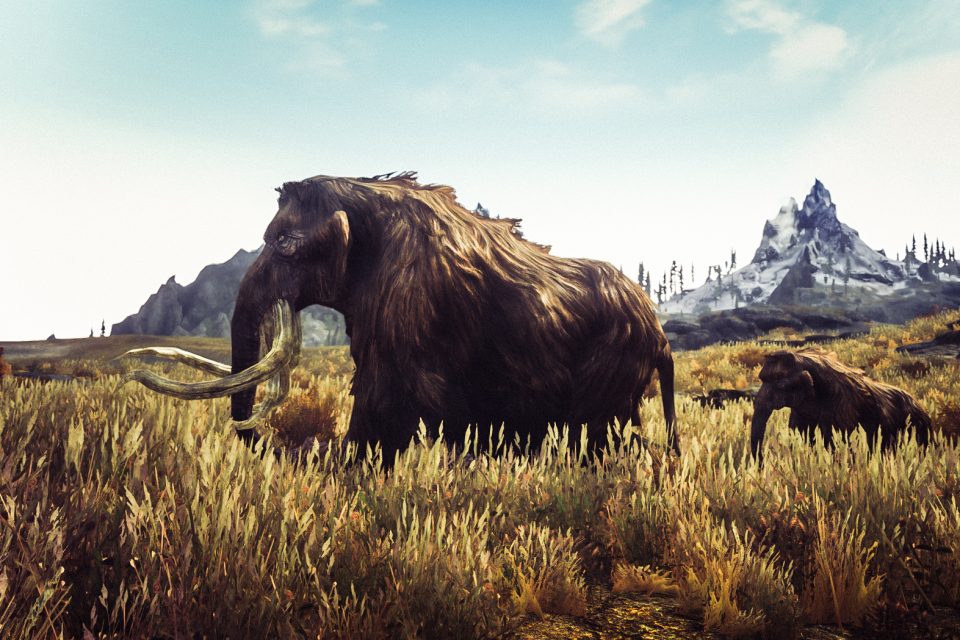 The truth about relict megafauna

The truth about relict megafauna. In 1876, British biologist Alfred Russel Wallace observed: “We live in a zoologically impoverished world, from which all the hugest, and fiercest, and strangest forms have recently disappeared; and it is, no doubt, a much better world for us now they have gone. Yet it is surely a marvellous fact, and one that has hardly been sufficiently dwelt upon, this sudden dying out of so many large mammalia, not in one place only but over half the land surface of the globe.”

Modern scientists and laypeople alike would aver on one point: we are actually poorer for the loss of the loss of our prehistoric megafauna. The tantalizing rediscoveries of such supposedly extinct animals as the coelacanth in 1938 and the takahe in 1948, as well as the surprisingly late discovery of such large animals as the okapi in 1901 have supported the notion that some of these enormous animals might still be lurking in the wilds, undetected by humans. The truth about relict megafauna

The fantasy is an appealing one. It’s somehow both comforting and titillating to think that we have not managed to completely extirpate the monsters that once roamed the Earth. Lest this seem totally delusional, consider this: no less august a personage than Thomas Jefferson urged the Lewis and Clark expedition to be on the lookout for remnant mastodons as they explored the West. The truth about relict megafauna

While most of the quests to prove the existence of relict megafauna have proven quixotic, verging into the pseudoscience of cryptozoology—the search for folkloric creatures such as the Bigfoot or Nessie—some have actually turned up compelling evidence of the survival of many of these creatures well beyond when they were thought to have become extinct. Sadly, they are, nonetheless, extinct.

Most studies on the lives and extinctions of megafauna, categorized as animals above 100 pounds, have at best moved up the time of their disappearance by hundreds, or even thousands of years. Nothing to sniff at, certainly, but hardly equivalent to stumbling upon a mammoth or moa today. Though megafauna do persist in the present—consider the animals of the African savannah, the North American plains, and the Asian jungle—the massive mammoths, cave bears and lions, and flightless birds of the Pleistocene appear to have largely died out in the Quaternary Extinction by some 10,000 years ago or before. The current research suggests that, in most cases, climate change and the consequent ecosystem shifts, were to blame, with pressure from human hunting contributing to the demise of some species.

One of the most persistent quests, to prove that giant ground sloths still survive in South America, has born little fruit despite some intriguing finds. Even as recently as 1994, a government-sponsored expedition in Brazil sought, unsuccessfully, to locate one of the creatures. As wild a proposition as it may have seemed, these questers weren’t entirely without reason for their belief that such a large animal as a Mylodon might have escaped notice. In 1895, a Mylodon hide was discovered in a Chilean cave. Replete with hair and distinctive bony ossicles, the skin appeared relatively recent. However, carbon dating has found the remains from the cave to be, at the youngest, 10,200 years old. The remarkable preservation of the skin was likely due to the dry conditions in the cave. Still, substantially younger giant sloth remains from the Caribbean have been found. The 200 pound Megalocnus is thought to have trundled around Cuba as recently as 4,200 years ago and some smaller ground sloths survived even longer than that.

Islands like those of the Caribbean served as refugia for these creatures—small pockets of suitable habitat, free of significant predators, notably humans. The perhaps 11 species of moa, an group of enormous birds, the largest of which were over 12 feet tall, were likely protected by their evolution on the islands of New Zealand. The only known flightless birds to have entirely lost their wings, these creatures persisted even up to the human colonization of the islands by settlers from Polynesia around 1250 AD but were thought to have been extirpated within 200 years, around 1440. However, rumors of their survival persisted in the 19th and 20th centuries, fed by Maori accounts of having hunted them as late as the 1830s and by more contemporary sightings, most of which have been debunked. (One putative find in 1993 turned out to be a non-native red deer.) 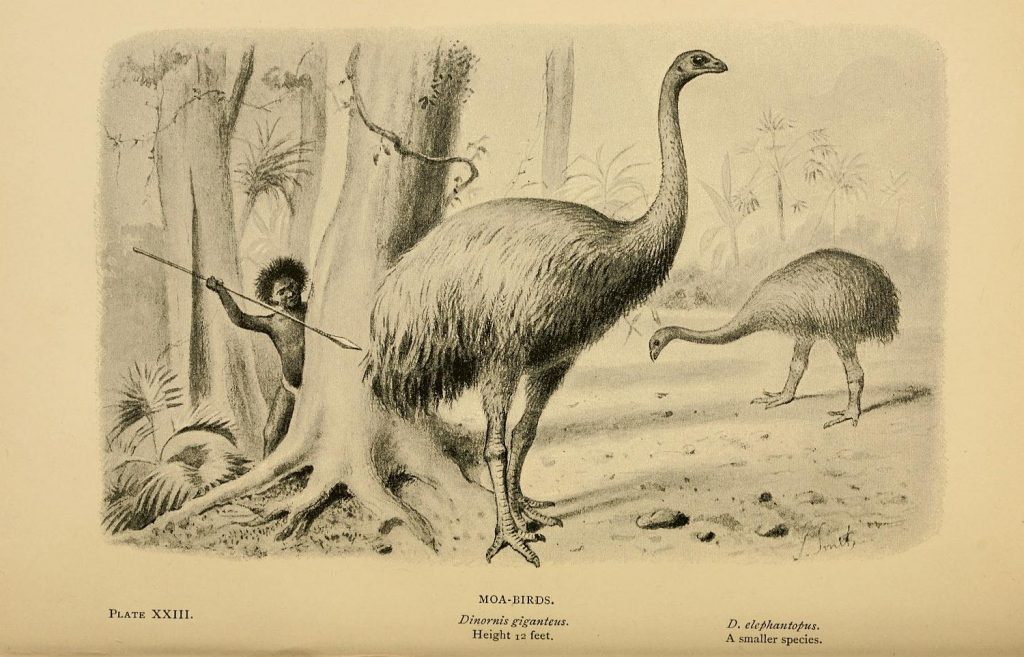 Similarly, tales of extant elephant birds, most closely related to the kiwis, abounded following European exploration of Madagascar. One species may have been heavier even than the moa. Like their Kiwi cousins, elephant birds were among the largest birds ever to live. They persisted on the island until perhaps 1100 AD. Intriguingly, their bones have helped to place the arrival of humans in Madagascar some 8,000 years earlier than previously believed. Knife markings on elephant bird bones dated to 10,500 years ago have established human arrival at that time. Tales from natives about relict elephant birds are recorded as late as the 17th century.

Similar cases have been made for the survival of the island’s giant lemurs. The largest of these, the sloth lemurs, weighed more than 500 pounds and may have hung on until 1500 AD. French explorer Alfred Grandidier, who discovered a number of notable bones, including those of elephant birds and giant lemurs, reported that natives still believed the beasts to have persevered when he visited in the 1860s.

Less dramatic, but nonetheless compelling, survivals occurred on Wrangel Island off the coast of Kamchatka in Russia. There, mammoths hung on by their tusks until 4,300 years ago, likely due to the fact that the island relieved them of hunting pressures and may have retained some of their preferred vegetation. Prior to the discovery of fossils there, mammoths were thought to have been entirely extinct by 9,650-70 years ago. Saint Paul Island in Alaska was home to a population of mammoths that died 5,600 years ago. The Irish elk, actually a 7-foot-tall species of deer with antlers that spread up to 12 ft across, once ranged across Europe and northern Asia and Africa. It found unlikely refuge in western Siberia. Extinct elsewhere by 10,300 years ago, the enormous cervid lasted until 7,700 years ago in the frigid north.

While our only hope of seeing any of these creatures alive rests with speculative cloning experiments—possible due to the existence of well-preserved remains from which genetic material can be extracted—their grit and tenacity in the face of the forces that would eventually obliterate them is a heartening testament to the adaptability of life, especially in an age when many species are again disappearing.