Humans can develop a genetic adaptation for diving • Earth.com 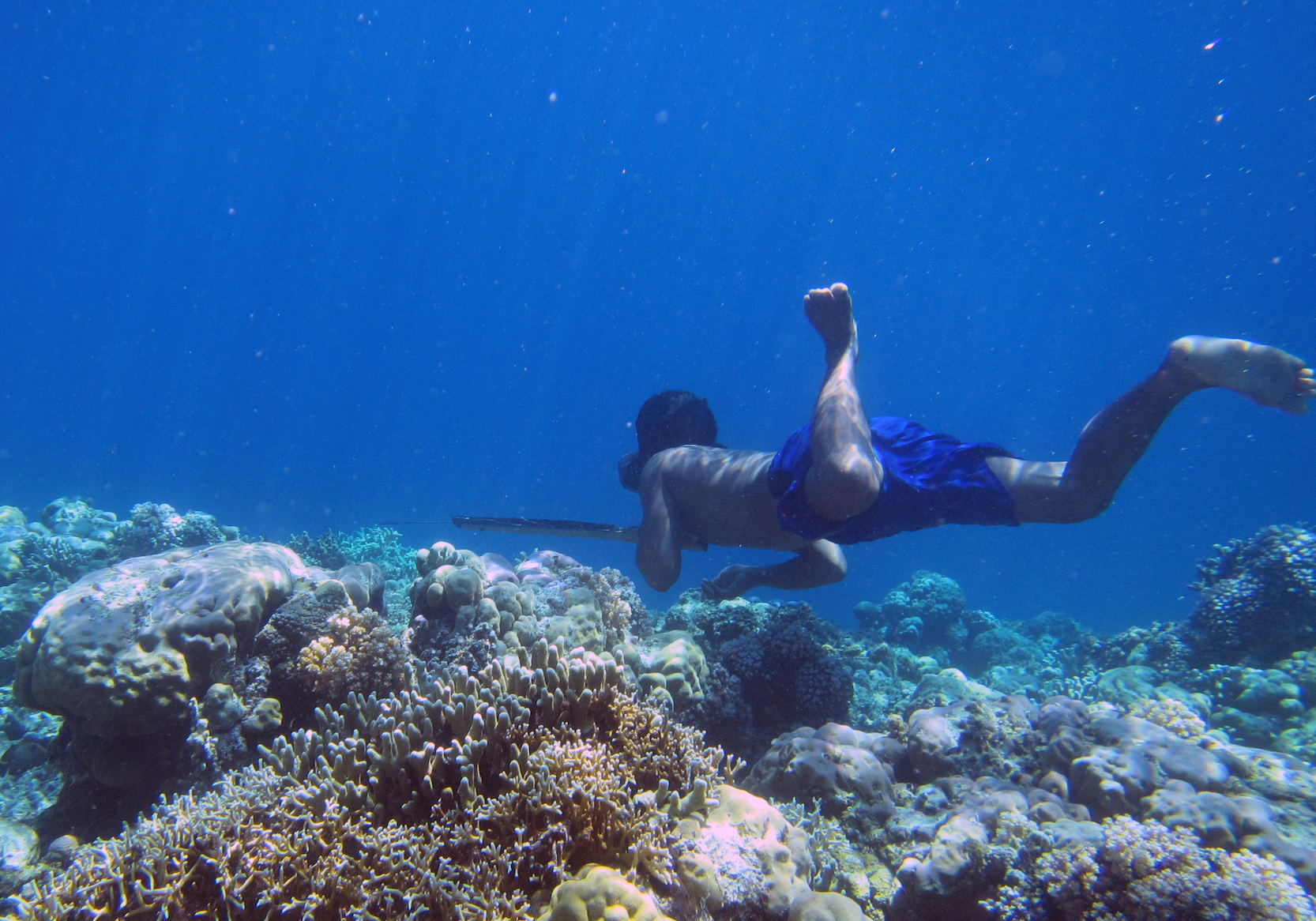 Humans can develop a genetic adaptation for diving

For over 1000 years, the Bajau people – a group indigenous to parts of Indonesia – have collected their food by free diving with spears. They are famous throughout the region for their incredible breath-holding abilities, which allow them to free dive to depths up to 70 meters. How can they pull off these extraordinary dives? New research published in the journal Cell has found evidence that this group has genetically adapted to diving, a scientific first.

Scientists had previously hypothesized that our spleens play an integral role in the ability of some humans to free dive for extended periods of time, but until now, the relationship between spleen size and dive capacity has never been studied on a genetic level. The findings of this research suggest that the Bajau have genetically enlarged spleens, which allow them to free dive for so long and at such great depths.

But how does the spleen help someone hold their breath under water? Scientists have known that the spleen plays an important role in free diving, as it forms part of the human dive response. When the human body is submerged under cold water, a response is triggered in order to help the individual survive in this oxygen-deprived environment. The heart rate slows, blood vessels in extremities shrink to save blood for vital organs, and the spleen contracts. This contraction generates an oxygen boost by ejecting red blood cells into circulation – corresponding in as much as a 9 percent increase in oxygen.

“There’s not a lot of information out there about human spleens in terms of physiology and genetics,” says Melissa Ilardo, the first author of the paper. “But we know that deep diving seals, like the Weddell seal, have disproportionately large spleens. I thought that if selection acted on the seals to give them larger spleens, it could potentially do the same in humans.”

Ilardo spent several months in Indonesia, taking genetic samples and performing ultrasound scans of spleens from the Bajau people as well as their land-dwelling neighbors, the Saluan. The results showed that the Bajua have a median spleen size 50 percent larger than the Saluan – a difference visible in non-diving Bajua individuals as well as those who regularly free dive. This finding eliminated the possibility that larger spleens were a more short-term response to diving. Further analysis of the Bajau’s genetic data at the University of Copenhagen discovered that members of this group have a gene called PDE10A, which the Saluan lacked. The researchers believe that the PDE10A gene controls the levels of thyroid hormone T4.

“It’s been shown in mice that thyroid hormones and spleen size are connected,” says Ilardo. “If you genetically alter mice to have an absence of the thyroid hormone T4, their spleen size is drastically reduced, but this effect is actually reversible with an injection of T4.”

This discovery marks the first time that a genetic adaptation to diving has been found in humans. The study also has implications for medical research, as the human dive response simulates the conditions of acute hypoxia – where body tissue experiences a rapid depletion of oxygen. Acute hypoxia is the leading cause of complications in emergency care. Moving forward, this study may lead to a solution that remedies this condition.

“It will help us make the link between the genetics and the physiological response to acute hypoxia,” says Dr. Rasmus Nielsen, who holds dual positions at the University of Copenhagen and the University of California, Berkeley. “It’s a hypoxia experiment that nature has made for us and allows us to study humans in a way that we can’t in a laboratory.”