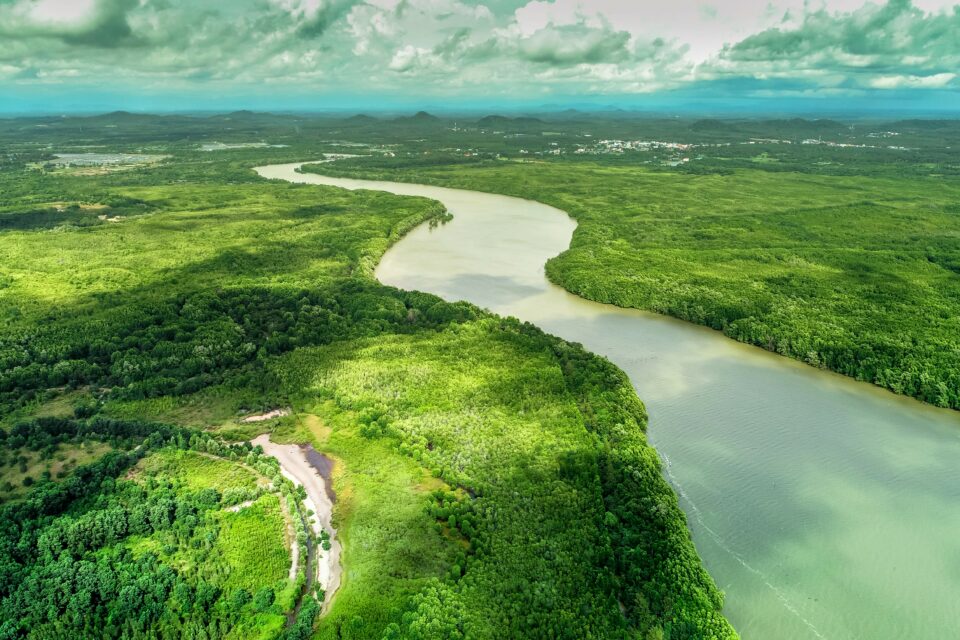 How rivers function is fundamentally affected by how much sediment they transport and deposit. River sediment – consisting mostly of sand, clay, and silt – plays a major ecological role, providing habitat for a variety of organisms downstream and in estuaries. Moreover, sediment also affects human lives and activities, by resupplying nutrients to agricultural soils in floodplains or buffering the rise in sea level caused by climate change by delivering sand to coastlines and deltas.

However, according to a new study led by Dartmouth College, over the past four decades, humans have caused unprecedented changes to river sediment transport by building dams and modifying land-use.

By using satellite images and streamflow data, the scientists investigated changes in how much sediment was carried to the oceans by 414 of our planet’s largest rivers from 1984 to 2020. “Humans have been able to alter the world’s biggest rivers at rates that are unprecedented in the recent geologic record,” said study lead author Evan Dethier, an expert in Fluvial Geomorphology at Dartmouth.

“The amount of sediment rivers carry is generally dictated by natural processes in watersheds, like how much rain there is or whether there are landslides or vegetation. We found that human activities are overwhelming these natural processes and outweighing the effects of climate change.”

The analysis revealed that widespread dam building in Earth’s Northern Hemisphere (North America, Europe, and parts of Asia) have reduced the global delivery of water-borne sediment from rivers to the oceans by 49 percent. However, in the Southern Hemisphere (South America, Africa, and Oceania), sediment transport has increased in 36 percent of the rivers, mainly due to land-use changes, such as deforestation.

The results in the North are worrisome, and could predict future changes in the South. Since there are over 300 dams planned for South America’s and Oceania’s largest rivers – including the Amazon River, which carries more sediment than any other river in the world – the problems northern areas are currently facing could soon haunt the global South too.

“Rivers are pretty sensitive indicators of what we’re doing to the surface of the Earth — they are like a thermometer for land-use change,” explained study co-author Carl Renshaw, an earth scientist at Dartmouth. “It’s well-established that there’s a soil loss crisis in the U.S., but we just don’t see it in the sediment export record because it’s all getting stuck behind these dams, whereas we can see the signal for rivers in the global South.”