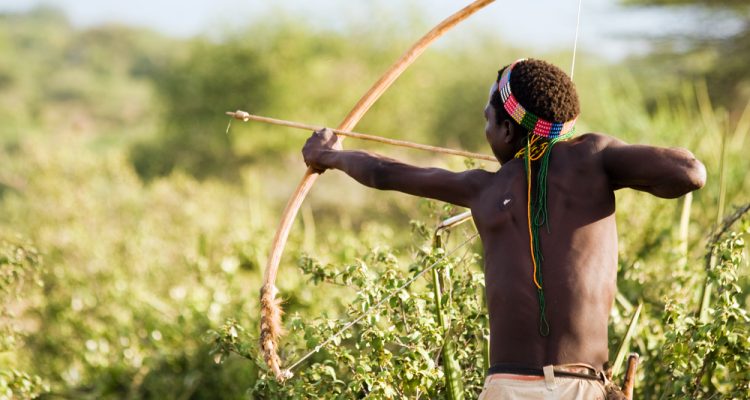 Hunter gatherers are healthier because they exercise more, study finds

There are still modern hunter gatherer societies: the Hadza of Tanzania, the Tsimine of Bolivia, the San of Namibia, the Pirahã of Brazil.

For most of us, though, hunting and gather is something our ancestors stopped doing generations ago – or even as the last ice age came to an end and agriculture took hold, 10,000 to 11,000 years ago.

According to anthropologists studying the lives of the Hadza people, however, that switch to farming, then industrialization may have harmed our health.

In the Hadza village, men leave the village on foot each day to hunt and bring home that night’s main course. Women spend their days gathering tubers and fruits. The community moves every month or two.

This extremely active lifestyle means the Hadza spend a lot of time in “moderate to vigorous physical activity” each day. U.S. officials recommend 150 minutes of vigorous exercise each week. Hadza people get, on average, 14 times that much exercise.

The Hadza aren’t going overboard on exercise, the researchers said. Instead, humans in industrialized countries with sedentary lifestyles are exercising far less than the species has evolved to handle, which the researchers have dubbed physical activity mismatch.

The mismatch hypothesis explains why physical health declines with a lack of activity and usually improves once regular exercise is in the picture, the study found.

Anthropologists and other scientists have long suspected that hunter-gatherers have better health than people in industrialized communities because they get more exercise. However, until recently, there was no real measurement of just how much more exercise they were getting, the research team said.

Participants were fitted with chest strap heart monitors and GPS trackers at the beginning of each day; when they returned home at night, they gave the monitoring devices back to the researchers, who lived with the Hadza during the study.

Members of the Hadza who participated in the study showed biomarkers for good cardiovascular health and no signs of risk factors like hypertension, the researchers reported. They did acknowledge that other factors in the Hadza lifestyle, such as diet, may play a role in their health.

Their findings were published in the American Journal of Human Biology.