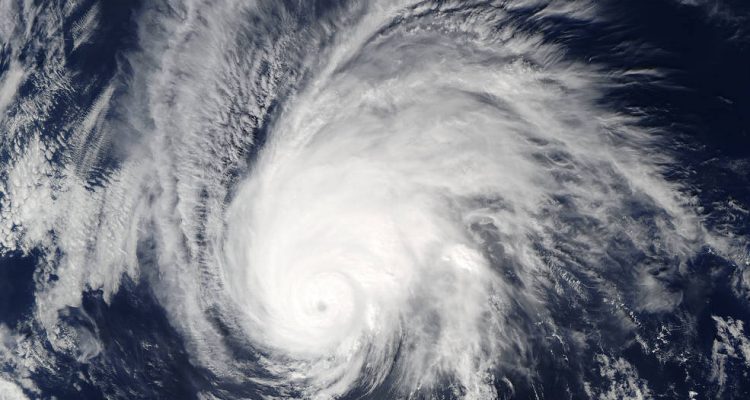 Hurricane Seymour fading fast as a new image is caught.

NOAA’s satellite captured an image of the post-tropical cyclone Hurricane Seymour which is fading fast in the Eastern Pacific. Seymour is expected to dissipate in a day as it moves through hostile environmental conditions.

The National Hurricane Center (NHC) issued their final advisory on the storm at 5 am EDT when they noted that Seymour had become post-tropical.

Seymour’s remnants had no organized thunderstorm development when the images were captured. The storm resembled a wedge of clouds.

National Hurricane Center (NHC) forecaster Richard Pasch said “The cyclone has lacked organized deep convection within 60-100 nautical miles of its center for over 12 hours, and no longer qualifies as a tropical cyclone. Since Seymour has become a post-tropical remnant low, advisories are being discontinued.”

At 5 a.m. EDT, the center of Post-Tropical Cyclone Seymour was located near 22.4 degrees north latitude and 122.8 degrees west longitude. That’s about 820 miles west of the southern tip of Baja California, Mexico. The post-tropical cyclone was moving toward the north near 8 mph. NHC said a north-northeastward motion is expected to begin later today and continue into Saturday, Oct. 29. Maximum sustained winds have decreased to near 35 mph with higher gusts.

The NHC said the low-pressure area will move through “an extremely hostile environment of strong southwesterly wind shear of 40-45 knots and sea surface temperatures cooler than 73.4 degrees Fahrenheit during the next couple of days. Strong vertical wind shear can tear a storm apart, while sea surface temperatures cooler than 80 degrees Fahrenheit are too cold to maintain a tropical cyclone. These environmental factors should cause the remnant low to dissipate in a couple of days.