Hydropower in the Amazon could have huge environmental impact • Earth.com 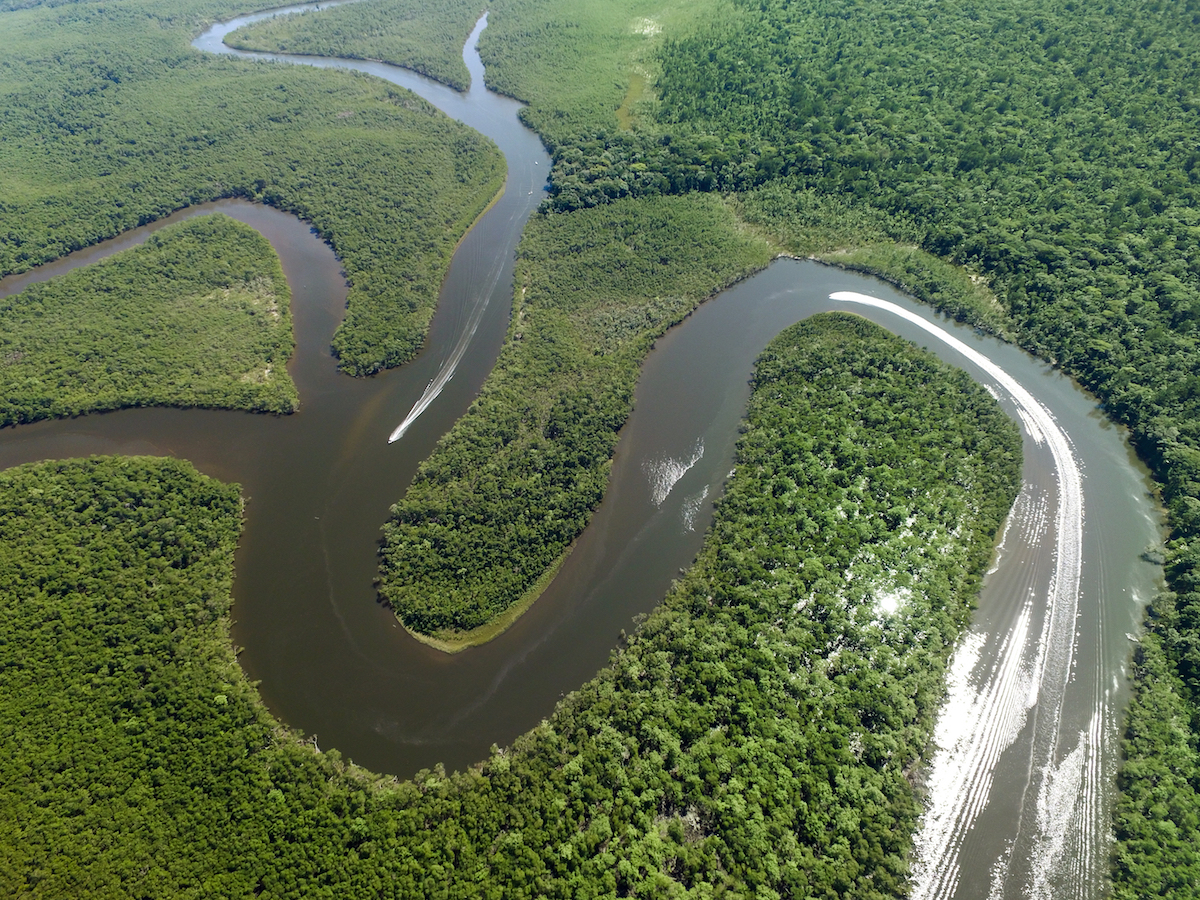 Hydropower in the Amazon could have huge environmental impact

Research from the University of Stirling indicates that hydropower generation in the Amazon impacts the environment more than previously estimated. The experts say that past calculations were inaccurate because they failed to take into account forest fragmentation.

The study focused on lianas, long-stemmed woody vines, within the Balbina hydroelectric dam in Brazil. Lianas inhibit tree growth as they compete with trees for water and light.

In some areas, lianas outnumber the trees and stunt the growth of the forest. Food sources for animals disappear and the ability of the forest to store carbon is reduced.

When tropical forests are disturbed for agriculture and land use purposes, they become fragmented. This fragmentation gives the number of lianas a chance to overtake the number of trees because they are well-suited for surviving these conditions.

Hydropower generation in the Amazon is another cause of forest fragmentation. This research provides the first evidence that a dam-induced landscape can result in lianas dominating the tree population.

The study was led by Dr. Isabel Jones from the University’s Biological and Environmental Sciences.

“If lianas are being favored in this dam-induced landscape, then the biodiversity and carbon losses associated with tropical hydropower could be greater than expected,” said Dr. Jones. “This is due to the potential increased loss of tree biomass, due to liana-tree competition, as lianas have lower biomass relative to trees.”

To examine the balance of lianas and trees, the research team conducted field surveys of 89 forest plots across 36 islands of different sizes and in continuous forests surrounding the reservoir. The study found a greater number of lianas than trees on the most disturbed islands.

The team also noted that liana communities remained unimpaired regardless of whether they are in the forest or on an island.

“At present, islands are not included in environmental impact assessments, which causes a significant underestimation of the negative impacts of tropical dams,” said Dr. Jones.”Given that Brazil alone has plans for several new mega-dams, which will flood vast areas of highly diverse tropical forests, it is important that the total area of islands should be included in calculations considering the habitat impacted by dam creation.”

Dr. Jones said that the research “highlights yet another way that tropical dams can result in long-term carbon emissions and damage to globally important ecosystems.” The study is published in the journal PLOS ONE.