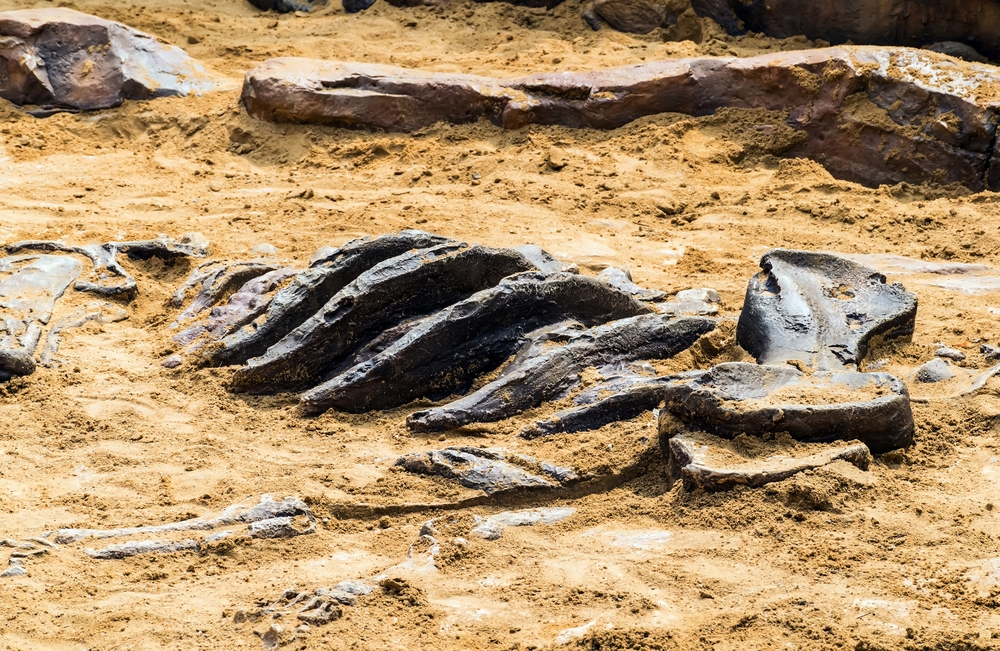 A man may have found an ice age coyote, dog, or even a bobcat while dowsing in his son’s backyard in Riverside, California.

Just before Thanksgiving, Gary Braithwaite had been showing his son how to use a dowsing rod, made from two metal hangers, to find the sprinklers in his yard. However, his son found several “anomalies” while trying the technique, Braithwaite told the San Jose Mercury-News.

He believed that the anomalies pointed to underground metal – maybe even a meteorite, he said.

So he and his son began digging in the area the dowsing rod had pointed to. About four feet down in one hole, they found the skeletal remains of an animal. A slipped shovel knocked some teeth loose.

The pair thought the remains might belong to an ancient bobcat, so they took them to the University of California, Riverside to ask a paleontologist.

Jess Miller-Camp, a museum scientist at UC Riverside, said the skeletal remains could belong to a bobcat, though they were more likely to be an ice age coyote or dog. Based on the soil conditions they were found in, she believes they date back to the Pleistocene Epoch, which ended with the most recent ice age about 12,000 years ago.

She plans to go to the site with some students to excavate the rest of the skeleton, she said.

The fossils are not the first Pleistocene remnants found in California. Parts of the state, especially in the south, are practically graveyards for the creatures that lived during the last ice age.

In July 2015, construction workers at a housing development in San Diego County found fossils of mammoths, horses, turtles, and a bison. The Pleistocene fossils ranged from 50,000 to 200,000 years old.

Just before Thanksgiving of this year, construction workers on the Los Angeles subway discovered the remains of an ice age mastodon, an ancient relative of elephants.

And, of course, the La Brea Tar Pits are known for their vast collection of Pleistocene fossils, from mastodons to skunks, bobcats, and coyotes.

The fossils give paleontologists insights into the diversity of live during the Pleistocene, and how animals adapted during the period of warming that ended the last ice age.