Ice shelves will struggle to recover from global warming • Earth.com 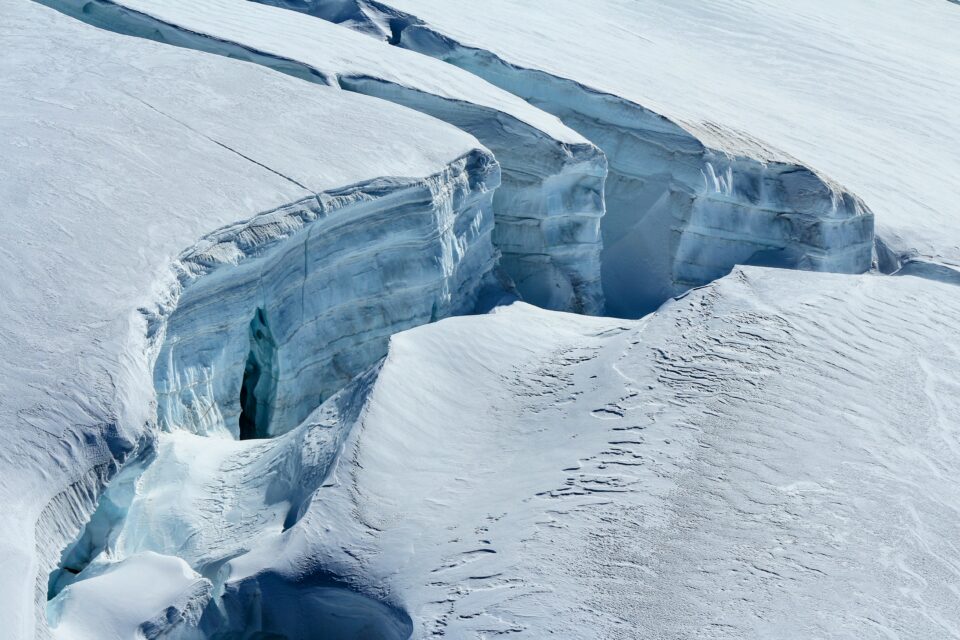 Ice shelves are floating extensions of glaciers that are key to maintaining the Earth’s climate. If Greenland’s second largest ice shelf breaks up, it would need a significantly cooler climate in the future to recover – if it could even recover at all. This is the result of a new study led by Henning Åkesson at Stockholm University.

The Petermann ice shelf is one of the last remaining in northern Greenland. In 2010 and 2012, Manhattan-sized icebergs broke off, causing Petermann to lose 40 percent of its floating ice. In 2018, a new crack was discovered in the middle of the shelf, which has caused great concern among climate scientists.

Ice shelves limit sea level rise caused by global warming because they reduce the mass loss from polar ice sheets, and it is more important now than ever before to prevent them from breaking up.

“Glacier retreat is projected to continue over the coming decades to centuries due to sustained climate warming,” wrote the study authors. “Nonetheless, the Paris Agreement aims to reduce emissions enough to limit future warming to 2 °C higher than in Earth’s pre-industrial climate. This could eventually permit a return to a colder climate, reminiscent of that of the pre-industrial period.”

Even if the climate stopped warming today, it would still be difficult to rebuild Petermann after falling apart. “If Petermann’s ice shelf is lost, we would have to go ‘back in time’ towards a cooler climate reminiscent of the period before the industrial revolution to regrow Petermann,” said Åkesson.

This study raises major concerns about the larger ice shelves in Antarctica. It is likely that if these were to break up, they could also be difficult to build back.

“This is just the first step, but chances are that our findings are not unique for Petermann Glacier and Greenland.” said Åkesson. “If they are not, near-future warming of the polar oceans may push the ice shelves protecting Earth’s ice sheets into a new retreated high-discharge state which may be exceedingly difficult to recover from.”

The scientists emphasize that we need to identify exactly how ice shelves break up, and how much more warming they can withstand before they fall apart.

“Given the difficulty to regrow ice shelves once they have collapsed, the rationale to avoid ice-shelf breakup in the first place should be clearer than ever,” wrote the study authors.

“Future research needs to pin down the exact mechanisms and thresholds of ice-shelf breakup, and to what extent ice shelves in Antarctica exhibit the same behaviour as Petermann Glacier Ice Shelf in Greenland.