Icy sidewalks add to 'salt of the Earth' and that's not a good thing • Earth.com 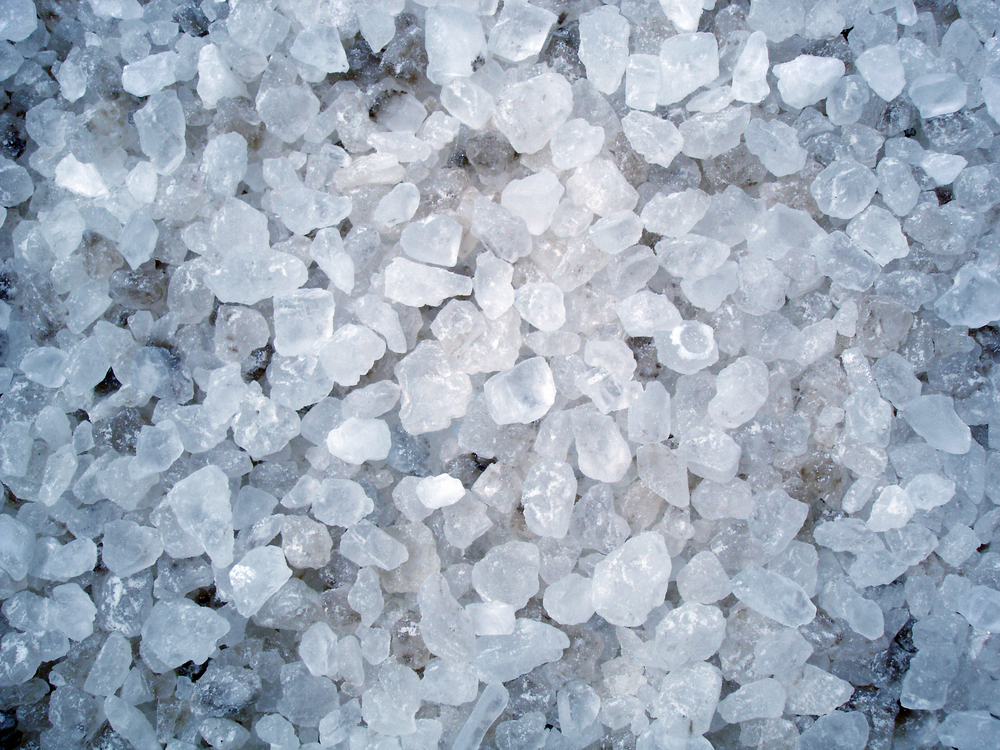 One of winter’s greatest dangers: those icy sidewalks that send you slipping, sliding, and maybe falling.

A little salt makes them a lot less treacherous – but it may be harming the local environment, too. The Soil Science Society of America posted a new warning on its blog Soils Matter about overuse of the useful mineral.

“The most commonly used item for managing ice is road salt, or sodium chloride. While this salt does melt ice, when overused or mismanaged, it can become a serious environmental pollutant,” wrote blog contributor Mary Tiedeman, a doctoral student in soil microbiology.

The U.S. applies between 10 to 20 million tons of salt to roadways and sidewalks every winter, she noted, citing research by the Cary Institute of Ecosystem Studies. Salt is such a popular deicer because it’s cheap, available, and effective.

But salt meant for wintery roads and icy sidewalks can end up elsewhere, including in soil, Tiedeman said. It can bounce away during application, be washed away by melting snow and ice, or blow away during strong winds.

And that’s bad news for topsoil.

“Once deposited, components of salts, particularly sodium ions, can wreak havoc on soil systems. They do this by reducing soils’ ability to retain plant nutrients and water, and maintain soil structure,” Tiedeman wrote.

Sodium contamination and the breakdown of soil structure makes it harder for water to flow through soil. The top layer can also wash away through erosion more easily. Once salt is in the soil, it can take years to become diluted enough that it’s no longer causing harm.

Too much salt can also be toxic to most plant species.

The best way to avoid damaging the soil and staying safe this winter is to be proactive, Tiedeman wrote.

Shoveling quickly after snowfall means the snow has less time to become ice, she said. That means you can use less salt to deice. Wetting the salt slightly before application helps keep it where it’s supposed to be: on icy sidewalks, not bouncing or blowing into soil. Try to keep salt application only to areas where you expect foot traffic, if possible.

“Clay-based kitty litter and/or sand can also be used instead of, or in addition to salts, as they add traction to otherwise slippery surfaces,” she added.