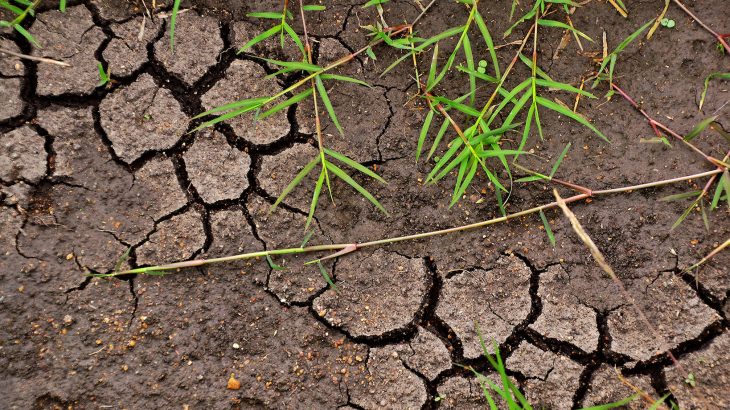 There have been a number of proposed solutions for combating greenhouse gas emissions including spraying aerosols in the atmosphere, planting more trees to help store more carbon, and even taxing carbon emissions.

One organization, the 4 per 1000 Initiative, argues that the answer to mitigating climate change and increasing carbon storage lies in the soil.

The name 4 per 1000 has to do with the organization’s main proposal of increasing carbon storage in the top part of the soil by four parts per thousand.

Not only would this stop atmospheric CO2 levels from growing, but the organization says that it will also help ensure global food security.

Members of the 4 per 1000 initiative recently published a commentary piece in the journal  Nature which offers an eight-step plan for increasing soil carbon levels and improving soil fertility.

The article was published ahead of the annual climate summit of the United Nations Framework Convention on Climate Change and the first Koronivia Joint Work on Agriculture workshop in the hopes of helping to inform the summit’s discussions and climate negations.

“Taking steps to increase global soil carbon requires multi-stakeholder collaboration at the science-policy interface,” said Cornelia Rumpel, the lead author. “4p1000 initiative, which has 281 partners from 39 countries, is showing how such collaboration can be used to address sustainable development goals in an integrated way.”

The soil holds twice the amount of carbon as plants and trees and two to three times more CO2 than the atmosphere.

Soil is a crucial carbon sink and rich, fertilized soil is vital for plant and crop growth. However, one-third of the world’s soils are degraded which is rapidly adding more carbon to the atmosphere. The authors of the report outline eight steps to increase soil carbon storage.

The first and perhaps most important step is stopping soil degradation by conserving and protecting the world’s peatlands.

Next, the authors discuss the importance of storing carbon and finding which local practices best promote carbon uptake.

Once these practices have been chosen, the third step is monitoring, reporting and tracking how well the world’s soils are storing carbon.

The eight-step plan also calls for the use of advanced technology to improve carbon soil monitoring, testing different strategies to ensure optimal carbon uptake is reached for different regions, and involving the community.

Step seven is to coordinate policies to make sure soil carbon policies match up with the Paris Agreement goals and step eight involves supporting all soil endeavors when possible.

“Challenges to achieving large-scale carbon sequestration include nutrient limits, inadequate farmer incentives and lack of organic matter in some places, but even impacts at lesser scales will benefit the climate and food security,” said Lini Wollenberg, a co-author of the commentary article. “The potential benefits are too large to ignore.”