When Indian subcontinent met Asia, the oceans were changed • Earth.com 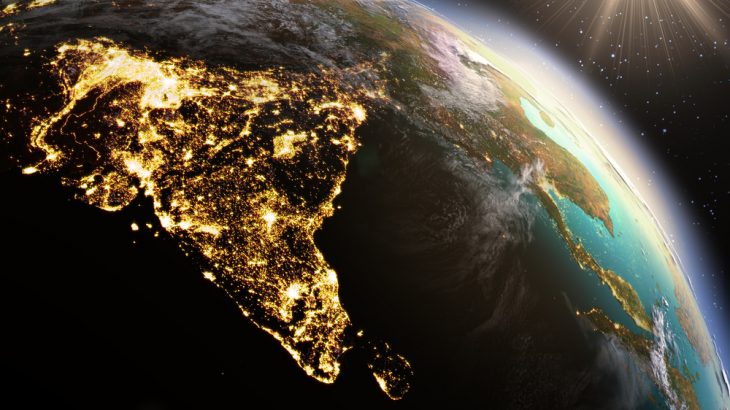 When Indian subcontinent met Asia, the oceans were changed

Fifty million years ago, the Indian subcontinent changed history when it smashed into what is now Asia. The collision caused a ripple effect, changing geography, landscape and climate.

It also raised the levels of oxygen in the ocean, which changed the conditions for life on Earth.

“These results are different from anything people have previously seen,” said lead author Emma Kast, a graduate student at Princeton University. “The magnitude of the reconstructed change took us by surprise.”

Kast created a timeline measuring levels of nitrogen in the ocean from about 70 million years ago – shortly before most of the dinosaurs went extinct – to 30 million years ago. She used fossilized seashells to chart how the oceans changed over time in what her co-author, Dr. John Higgins, called a fundamental contribution to geoscience.

While conducting the research, Kast and her team looked at 15N and 14N, nitrogen’s two stable isotopes. They found that in the 10 million years after the extinction of most of the dinosaurs, the 15N-to-14N ratio was high, which is common in oxygen-poor waters. That changed suddenly about 55 million years ago, when the Indian subcontinent shifted toward Asia.

At first, the scientists expected a climate event to be the cause of the change in ocean oxygen, but that wasn’t the case.

“Contrary to our first expectations, global climate was not the primary cause of this change in ocean oxygen and nitrogen cycling,” Kast said.

Instead, plate tectonics and the shifting of the Indian subcontinent appeared to be the driving factor. The move closed off Tethys, an ancient sea, changing the ocean’s circulation.

The study has been published in the journal Science. Funding was provided by the National Science Foundation, the Max Planck Society, the Tuttle Fund of the Princeton University Department of Geosciences and the National Oceanic and Atmospheric Association.