Study peeks into the inner lives of Trinidad guppies • Earth.com 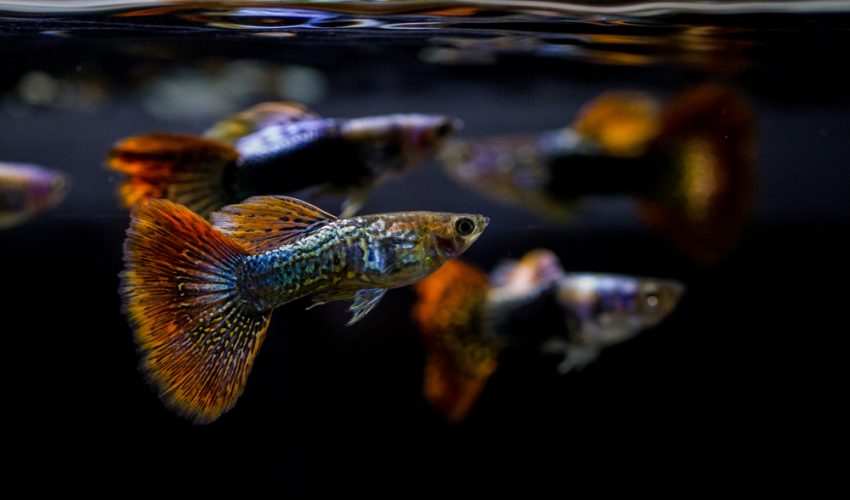 Study peeks into the inner lives of Trinidad guppies

It sounds like a plot for the next sequel to “Finding Nemo” – scientists stressing out tropical fish to better analyze their inner lives.

It’s not the next Pixar project, though. Scientists from the University of Exeter have been studying guppies, and found that individual fish seem to have unique and complex personalities.

The finding wasn’t actually the initial goal of the study. Instead, they only wanted to see how risk-averse or risk-prone individual guppies were.

“The idea of a simple spectrum is often put forward to explain the behavior of individuals in species such as the Trinidadian guppy,” Dr. Tom Houslay said. “But our research shows that the reality is much more complex.”

For example, the researchers tried putting guppies in an unfamiliar environment to see which would hide and which would not. But instead of cooperating, the guppies showed a range of coping skills to deal with the stress. Some hid, some looked for a way to escape, some explored their new environment – their reactions to the new tank were varied.

“So, while the behavior of all the guppies changed depending on the situation – for example, all becoming more cautious in more stressful situations – the relative differences between individuals remained intact,” Houslay said.

In addition to moving the fish to a new tank initially, the scientists continued the experiment using models of birds or predatory fish to introduce stressful situations to the fish.

The researchers hope to continue learning about the guppies’ inner lives.

“We want to know how personality relates to other facets of life, and to what extent this is driven by genetic – rather than environmental – influences,” Dr. Alistair Wilson said. “The goal is really gaining insight into evolutionary processes, how different behavioral strategies might persist as species evolve.”

The study will be published in the journal Functional Ecology.