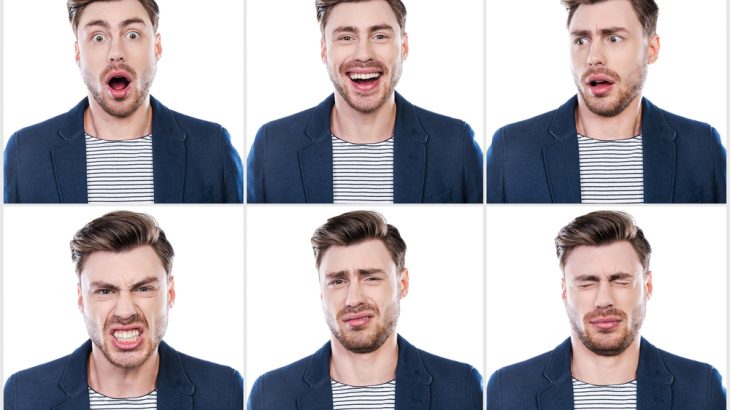 Confidence and memory play key roles in interpreting emotions – and may skew our judgement, a new study from the University of Geneva has found.

The researchers worked with the University Hospitals of Geneva to test how confident study participants felt while judging the emotions of others, along with which areas of the brain they used in the process.

The results indicate that confidence plays a role, and that interpreting emotions also relies on our own memory and past experiences.

“Humans have evolved sophisticated mechanisms for quick and efficient recognition of emotion expression from faces,” the researchers wrote in their paper, published in the journal Social Cognitive and Affective Neuroscience. “However, even though it is vital to swiftly recognize facial expressions, beliefs about how we trust what the face is conveying (‘I am sure he is angry at me’) are also important to adjust behavior, contributing to either provoke or avoid fatal misunderstandings.”

As an example, co-author Dr. Indrit Bègue points to the shooting death of 17-year-old Trayvon Martin, pointing out that it was George Zimmerman’s initial belief that the the teen was a threat – when Martin was simply walking back to his father’s house after a trip to the store – that led to the confrontation that cost the teen his life. The researchers wanted to find out how incorrectly interpreting emotions drove that and similar incidents.

The scientists asked 34 study participants – 15 of them women – to complete one of two tasks: judge the emotion on a series of photos of 128 faces displaying a range of emotions, or report on the thicker of two lines on the top or bottom of those faces. Participants were asked to judge their confidence on each interpretation.

“The bars were used to evaluate their confidence in visual perception, which has already been studied in depth. Here it served as a control mechanism,” co-author Dr. Patrik Vuilleumier said.

An MRI looked at which areas of their brains were active during each interpretation.

“When the participants judged the lines, the perception (visual areas) and attention (frontal areas) zones were activated. But when assessing confidence in recognizing emotions, areas linked to autobiographical and contextual memory lit up,” Vuilleumier said.

That may explain why people feel more confident when interpreting emotions – and why they can be wrong.

“The fact that past experiences are so fundamental to govern our confidence may cause problems in our day-to-day life, because they can skew our judgment, as happened in the Trayvon Martin case, when Zimmerman didn’t see just an impatient young man waiting outside his home, but an angry black man lurking in front of a house,” Bègue said. “That’s why it’s crucial to give feedback about our emotions early on, so we can teach children to interpret them correctly.”