Invertebrate extinction cause for concern as insect species dwindle • Earth.com 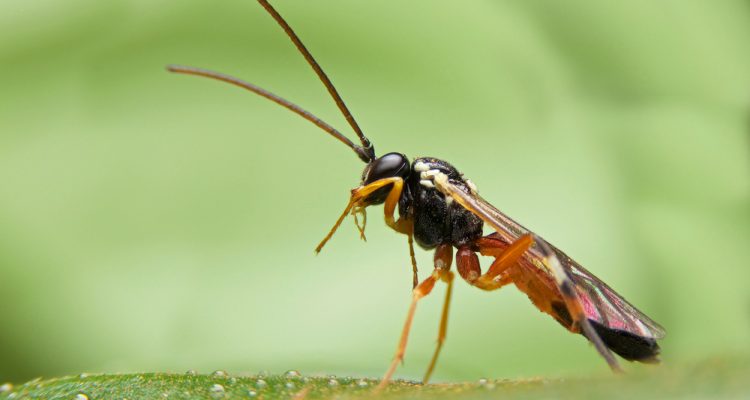 Invertebrate extinction cause for concern as insect species dwindle

Invertebrate extinction has become a serious cause of concern.

The International Union for Conservation of Nature (IUCN) Red List of Threatened Species lists 394 insect species classed as extinct. But in a piece published in the Nature journal, Axel Hochkrich, chair of the IUCN SSC Invertebrate Conservation Subcommittee, argues this number is completely inaccurate and that a very high number of species are going extinct on a regular basis. Hochkrich urges the scientific community to invest more time and resources in preserving invertebrate biodiversity.

Various invertebrate species go extinct on a day-to-day basis with little to no record to indicate which species are lost and at what rate. Hochkrich argues the importance of preserving invertebrates as they perform important ecosystem duties such as pest control, pollination, and nutrient cycling.

So far, in an effort to protect invertebrate species, the IUCN has set a “barometer of life” goal to conserve 45,000 invertebrate species by the year 2020. Additionally, the Convention on Biological Diversity signed on to help slow biodiversity loss, also by 2020. But as Hochkrick points out, most of this work is done on a volunteer-only basis, which significantly limits what can be accomplished.

In addition to necessary governmental funding, conservationists can also receive support from companies who need invertebrates for pollination and chemical compounds.

Hochkrich believes the reason invertebrate extinctions go largely unnoticed is because “the number of experts who work on most insect groups is extremely low: it has even reached zero in many regions and for some insect groups. So although the extinction risk of about 18,000 invertebrate species has so far been assessed for the IUCN Red List, nearly one-third are classified as ‘data deficient’. Many invertebrate species have not been documented since their original description, and we have no idea whether they still exist.”