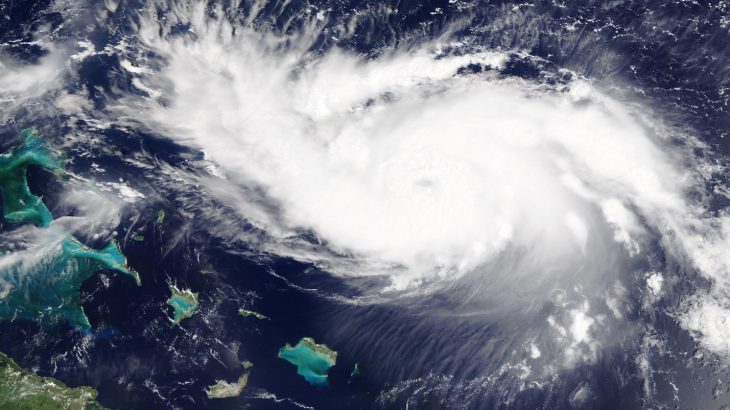 Hurricane Dorian left a devastating path of destruction in the Bahamas, with 45 people now dead and thousands left homeless and seeking refuge.

There is no doubt that Dorian hit the Bahamas the hardest, but Alabama, a state that the President had warned may be impacted by the storm, was left unscathed.

Now, the acting chief scientist of the National Oceanic and Atmospheric Administration (NOAA) announced on Sunday in an email that he is investigating the agency’s response to President Trump’s claims about Dorian and Alabama.

On September 1st, the President tweeted that Alabama would be “hit much harder than anticipated.” The claim was surprising because forecasts at the time showed minimal risk of Dorian impacting Alabama at all and the National Weather Service’s projections showed that the state was not in the forecasted path of the Hurricane.

The President’s tweet was quickly refuted by a tweet issued by the National Weather Service stating that Alabama would not see any impacts from the storm.

The uncertainty didn’t end there as headlines soon reported a seemingly doctored Dorrian forecast with a sharpie extending the Hurricane’s path into Alabama, despite the danger to the state being null at the time.

This set off a chain reaction of uncertainty and confusion, muddled even more by a statement issued by the NOAA on Friday that reportedly backed the President in his claims that Dorian was a threat to Alabama at the time of the tweet.

The NOAA reprimanded the National Weather Service in the statement.

“The Birmingham National Weather Service’s Sunday morning tweet spoke in absolute terms that were inconsistent with probabilities from the best forecast products available at the time,” the NOAA wrote in the statement.

Now, Craig McLean, the NOAA acting chief scientist has questions about that statement and why it was even issued in the first place.

According to the Washington Post, which obtained the email sent to NOAA staff by McLean, the chief scientists said that the rebuttal to the National Weather Service was “political” and jeopardized the public.

“The NWS Forecaster(s) corrected any public misunderstanding in an expert and timely way, as they should,” McLean wrote in the email. “There followed, last Friday, an unsigned news release from ‘NOAA’ that inappropriately and incorrectly contradicted the NWS forecaster. My understanding is that this intervention to contradict the forecaster was not based on science but on external factors including reputation and appearance, or simply put, political.”

The fact that there were contradictory weather forecasts is a problem because the NOAA and the NWS are considered extremely reliable and accurate sources for weather predictions and if the agencies are placing politics over science, it puts the public’s trust and safety at risk.