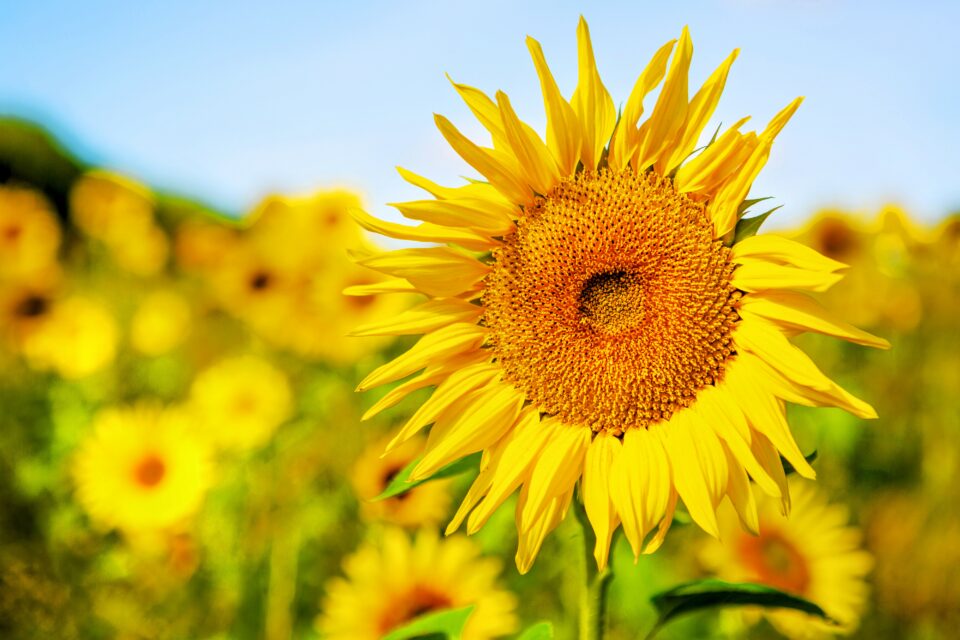 A new study from the University of British Columbia has taken a closer look at the ultraviolet “bullseye” patterns found on sunflowers. The ultraviolet (UV) colors are invisible to humans, yet clearly visible to many insects.

The bullseye patterns were already known to make the flowers more attractive to bees, but scientists have now discovered that they do much more. The researchers found that chemicals in the UV markers also help the plants respond to stress from drought and extreme temperatures.

“Unexpectedly, we noticed that sunflowers growing in drier climates had flowers with larger UV bullseyes, and found that those flowers are able to retain water more efficiently. This suggests that these larger UV bullseyes help plants adapt to these drier environments,” said study lead author Dr. Marco Todesco, a research associate in the UBC Department of Botany.

Dr. Todesco and colleagues grew nearly 2,000 individual sunflowers of two different species in a lab in 2016 and 2019. Measuring the UV patterns and examining the genome of the plants, the researchers found that sunflowers growing in different regions of North America had differently sized bullseye patterns. Bees were better able to see the larger bullseyes.

The experts also found that the same gene that controlled the bullseye pattern was used in the production of UV-absorbant flavonoids, which help the plants survive stresses from things like drought and high temperatures.

“Floral UV patterns appear therefore to play at least a dual role in adaptation; besides their well-known effect on enhancing pollination, they also regulate water loss from flowers,” said study senior author Dr. Loren Rieseberg. “That’s not something you would necessarily expect a flower color to do, and it exemplifies the complexity and efficiency of adaptation – solving two problems with a single trait.”

The scientists feel more research into this adaptation could help improve the resilience of sunflower crops in the future.