Entire island off the coast of Hawaii disappears after hurricane • Earth.com 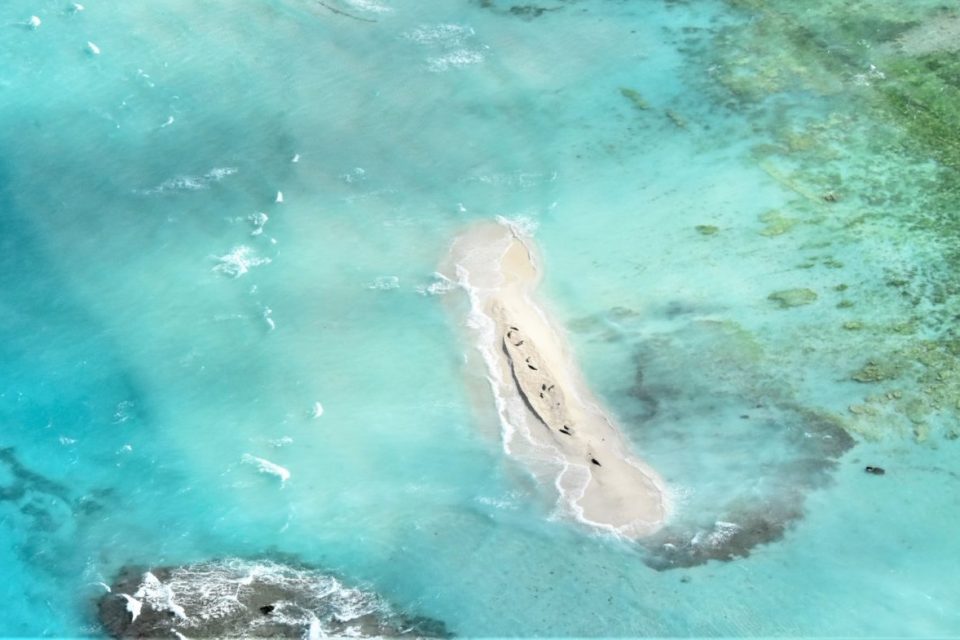 Entire island off the coast of Hawaii disappears after hurricane

An island located 550 miles off the coast of Honolulu has all but disappeared after a devastating hurricane.

East Island is part of the French Frigate Shoals in Papahanaumokuakea Marine National Monument, and researchers knew that the island was under siege from rising sea levels.

“Sea level is rising around the world, these low sandy islands become more and more vulnerable as the ocean rises,” Chip Fletcher, an earth science professor at the University of Hawaii at Manoa told CNN. “If the ocean was rising very slowly, there’s the potential that these islands could adapt, but rapid sea level rise, as is happening due to global warming, puts these islands out of equilibrium.”

However, a process that was expected to take years, possibly decades, was sped along with the help of Hurricane Walaka earlier this month.

The high power winds of the storm quickly eroded the island, and even though the area is uninhabited, the French Frigate Shoals and East island are a haven for two highly endangered species, green sea turtles and Hawaiian monk seals.

Before and after satellite images show that East Island’s strip of sand is almost entirely submerged and all that’s left is an outline of the area below the shallow waters. 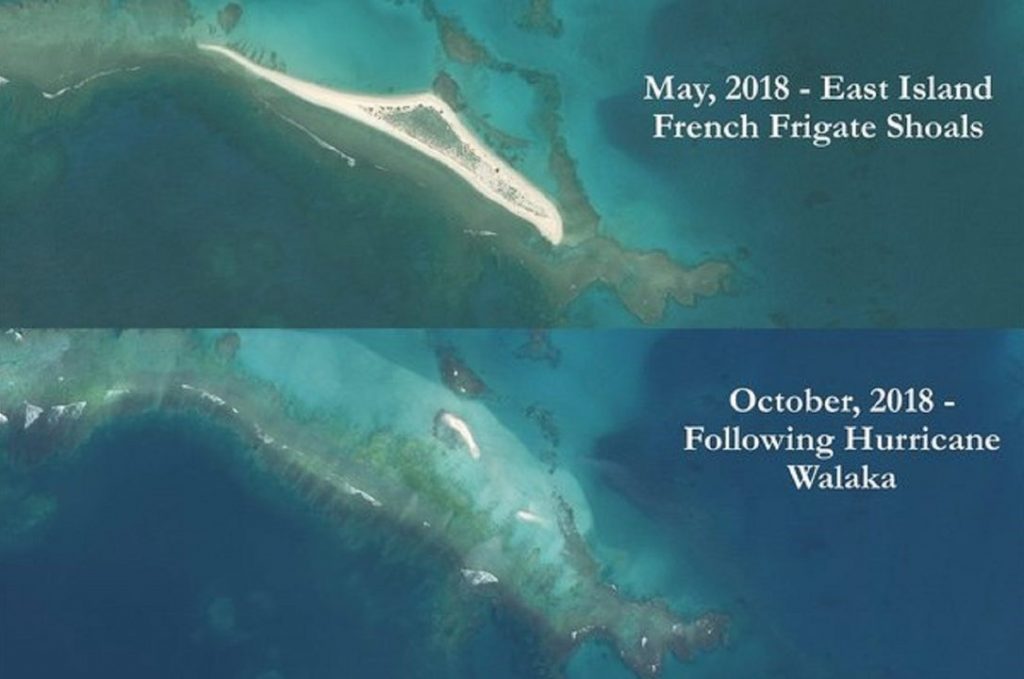 “It’s one more chink in the wall of the network of ecosystem diversity on this planet that is being dismantled,” Fletcher told the Honolulu Civil Beat.

96 percent of Hawaiian green sea turtles nest in the French Frigate Shoals and a vast majority used to nest on East Island, according to Charles Littnan, a National Oceanic and Atmospheric Administration (NOAA) conservation biologist.

Luckily, the seals have weathered storms in the Pacific before, and most of the turtles left for the season, but researchers will not be sure of the full extent of the damage until they thoroughly survey the area

While Hurricane Walaka was not caused by climate change, rising sea levels are along with an increase in stronger storms which puts vulnerable regions like the Frigate Shoals at high risk for erosion which could devastate local ecosystems.

“The take-home message is climate change is real, and it’s happening now,” said Randy Kosaki, a deputy superintendent for research and field operations for NOAA, told the Honolulu Civil Beat. “Whether or not East Island will come back is now a mystery, and even if it does, the process could take many years, and its stability is uncertain.”