Much of Japan’s shoreline set to vanish due to climate change • Earth.com 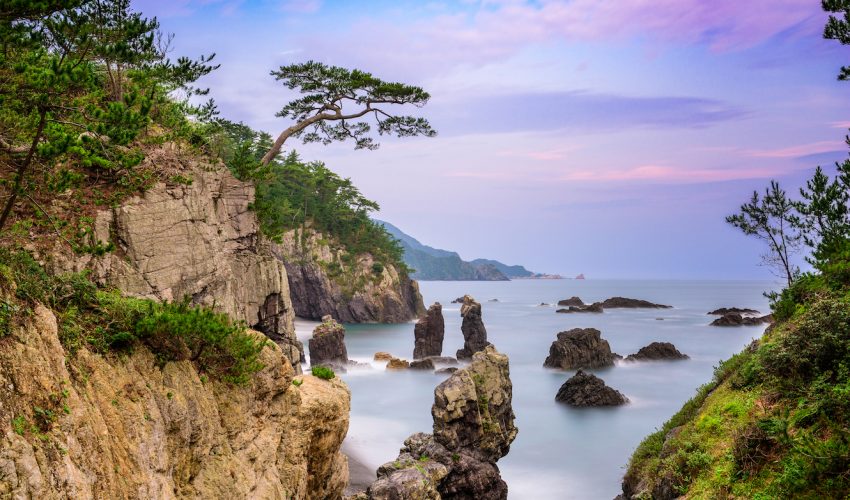 The G20 Summit that took place earlier this month in Germany was an opportunity for the world’s most influential leaders to discuss global issues including climate change. This topic was agreed upon by all representatives with the exception of Donald Trump. A joint statement on climate change was released by the 19 complying nations, reaffirming their commitment to curbing global warming. This alliance is particularly important for coastal countries like Japan, as a recent study analyzes how much of Japan’s shoreline could disappear due to climate change.

Climate change has the potential to devastate coastal communities in many ways. Beach erosion, changes in the intensity and frequency of storms, and shifts in sea levels and in the wave climate are all possible effects of climate change. The majority of Japan’s land is comprised of mountains and forests that are unsuitable for development. Because of this, most of Japan’s population resides in or near coastal areas.

To address the threat of climate change, the Japanese government created the Intergovernmental Panel on Climate Change (IPCC) to provide projections of coastal erosion. The study focuses on representative concentration pathway (RCP) scenarios, which are trajectories based on greenhouse gas concentration.

Early findings of the study suggest that rising sea levels (SLR) and increasing wave heights would lead to shoreline retreat. Substantial development after World War II has already caused a great amount of beach loss in Japan, and future beach erosions would significantly affect areas where the population is densely concentrated.

The first projection of future beach erosion on Japanese coasts was published in 1994 by Mimura et al and calculated that beach erosion caused by SLR would occur in values of 0.30, 0.65, and 1.00m. The same method of calculation was used in 2014 by Keiko Udo and Yuriko Takeda to predict the rate of beach loss, and the team established SLR values of 0.1 to 1.0m. Udo and Takeda were able to project beach erosion rates of 49% for an SLR of 0.3m and 93% for an SLR of 1.0m.

The study, published in Coastal Engineering Journal, evaluated 77 coastal zones throughout Japan using 21 CMIP5 models. The researchers obtained sea level data from 1986 to 2005 to create future SLR projections, and established a beach-loss curve based on average SLR for the entire coast of Japan. Beach loss rates from 2007 to 2100 were given for each of the RCP scenarios based on global mean sea level rise.

The analysis predicts erosion of Japan’s coastline up to 79% from 2007 to 2100. Regardless of unknown variables, the minimum projected rate of beach loss in the near future is 18%, according to the study. The authors express an urgent need for the implementation of coastal management strategies to help prevent beach loss.