All the better to eat you with, my dear: The evolution of jaws • Earth.com 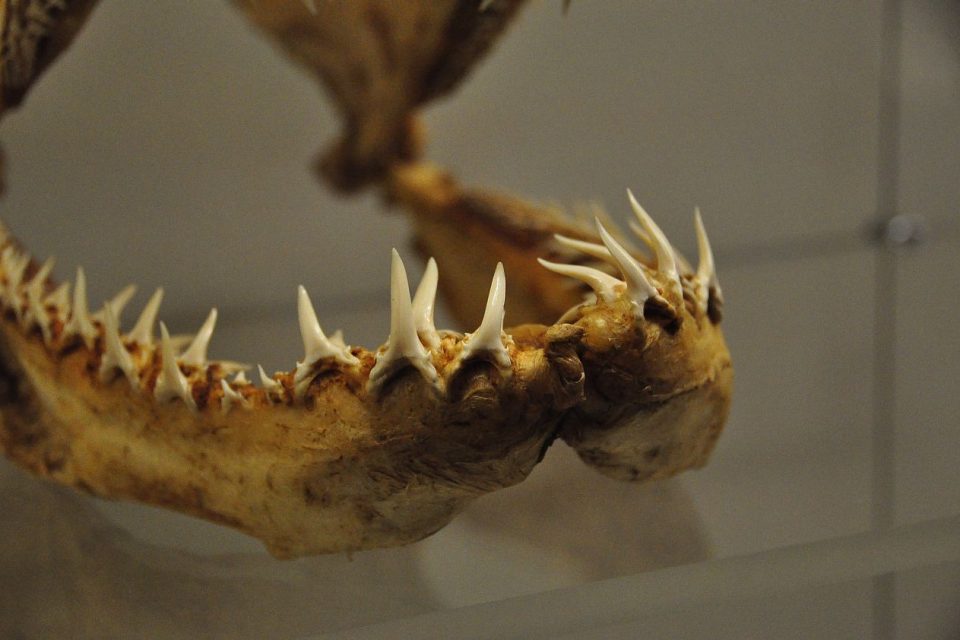 All the better to eat you with, my dear: The evolution of jaws

Run your tongue over the inside of your upper and lower lips. If you were one of the first vertebrates, which emerged some 500 million years ago during the Cambrian Period, this would have been the extent of your mouth: a muscular hole in your face, used to inhale water and sediment, from which you would obtain oxygen and food. You wouldn’t have had jaws and certainly not teeth, at least as we imagine them today.

This is known as the “first mouth,” followed much later by the evolution of the “second mouth”, supported by bony structures. The second mouth, which moved in behind the first mouth, constitutes what is now considered the buccal cavity, containing your teeth and tongue. These early vertebrates, which possessed a rudimentary spinal cord known as a notochord, inhabited the oceans and were likely slow-moving filter feeders. Known as the Agnatha, or “no jaws,” they are the creatures from which all living vertebrates descend, including our own species. How, then, did these jawless, worm-like creatures evolve the mechanisms that allow their latter-day descendants to bite and tear?

Though a stunning array of fossils, along with modern genetic studies, have elucidated how this might have occurred, there are numerous holes that have been filled with an array of tempting but often speculative theories. The most convincing, and widely accepted of them are included here.

Among the more pressing problems is the fact that early vertebrates, due to their soft bodies and cartilaginous skeletons, are not well preserved in the fossil record. The conodonts, thought to be the among first vertebrates, were at first known only from their tiny, tooth-like feeding apparatus. A fossil discovered in 1983 determined that the conodonts were in fact eel-shaped creatures that possessed a notochord. Their jagged “teeth,” which are useful index fossils, are thought to have been used in filtering microorganisms from the sediment or grasping other, smaller creatures. Their cartilaginous skeletons are usually poorly preserved, though it is certain that they did not possess jaws in the way we now conceive of them. Rather, the tooth-like protrusions adorned a sphincter-like mouth hole.

By some 470 million years ago, during the Ordovician, a better-preserved group of vertebrate animals, the ostracoderms, emerged. Heavily armored, they looked like vertebrate versions of trilobites or contemporary crustaceans such as Triops. At this point, we begin seeing some of the features more typical of jawed vertebrates, though ostracoderms did not actually possess jaws themselves. Notably, they are believed to have used their gills entirely for respiratory purposes, rather than as a combined breathing and feeding apparatus like more primitive animals. They have been linked to the only living jawless vertebrates, the hagfish and the lampreys (both in the superclass Cyclostomata). 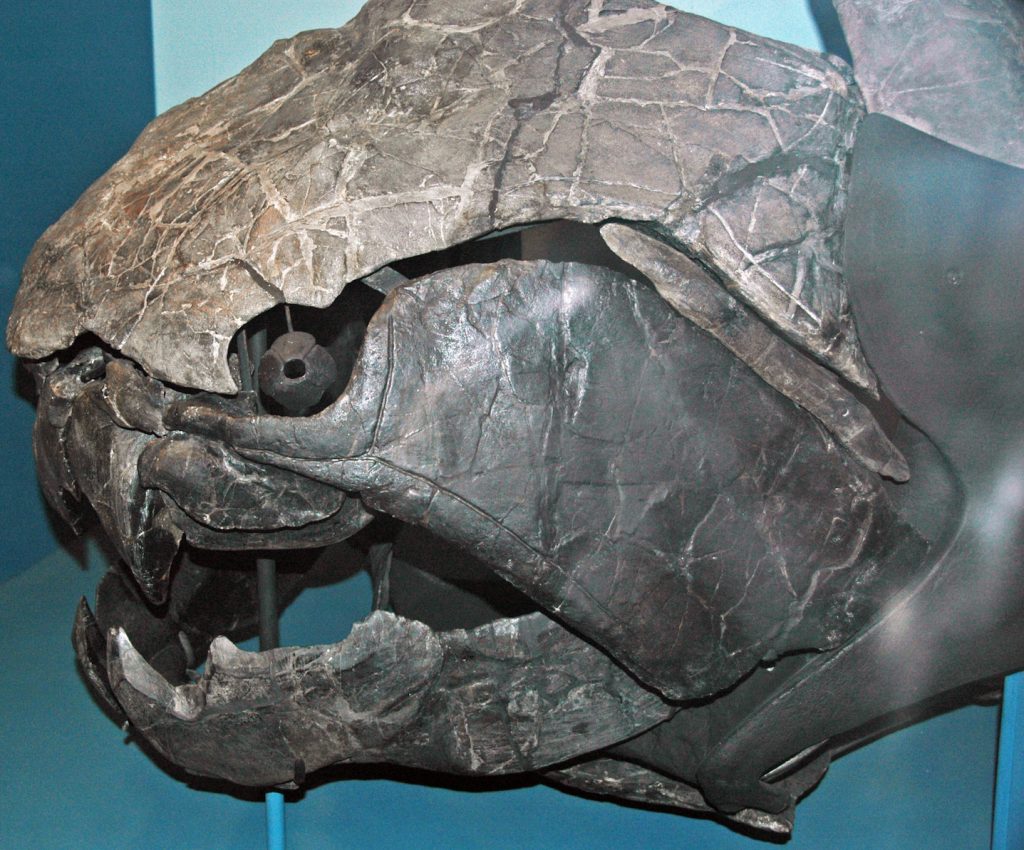 Intriguingly, a set of genes that codes for the formation of the oral structure differs only in the expression of three genes between lampreys and jawed fish. And early in the embryonic development of hagfish and lampreys, some of the same cell types that later differentiate into jaws in more advanced jawed fish are still discernible. All of this strongly supports an evolutionary continuum from jawless to jawed.

Until recently, there was no actual fossil evidence of a transition from these primitive, jawless vertebrates to the jawed forms that radiated and constitute most of the Chordata today. However, in 2014, scientists published a paper analyzing the fossilized remains of a creature known as Metaspriggina, discovered in the Burgess Shale of British Columbia.

Dated to perhaps 505 million years ago, Metaspriggina possesses characteristics of both the Agnatha and their jawed ancestors, the Gnathostomata. Most significantly, it had seven pairs of gill arches, cartilaginous structures that supported the fleshy gills and allowed the animal to take in more water and thus more oxygen. Gill arches are still seen in modern fish; if you have ever held a large fish by its gill plate after catching it, you will be familiar with the bony rings beneath. These structures kept the gills from collapsing in on themselves during inspiration and expiration. This likely enabled it to move more quickly and aggressively than its sluggish predecessors. Intriguingly, in Metaspriggina, the anterior set of arches was not attached to any actual gills and was thicker than the other arches.

This structure may have, in later organisms, been modified into the apparatus now known as the jaws. Moving forward in the head, the top arch became the upper jaw, fused to the skull, and the bottom arch became the lower jaw. A second arch, the hyoid, also moved forward and allowed the mandible to be suspended from the skull, forming the jointed structure that allows the jaws to open and close as a unit. This adaptation facilitated the predatory lifestyle of many fish and may have even led, indirectly, to the development of the immune system, which was required to process a less-predictable diet that exposed them to an array of pathogens, and to the development of larger brains, necessary to stalk prey. 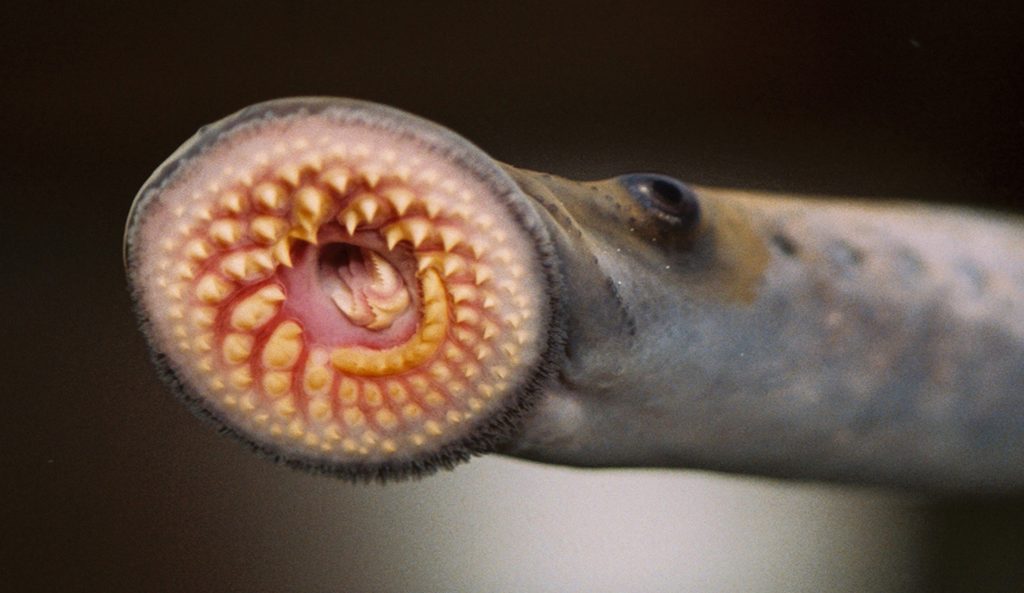 The first actual jawed fishes from the fossil record are the acanthodians, which appeared in the Silurian Period, some 440 million years ago. These small fish were agile and streamlined, bolstering the notion that the novel adaptation of jaws coincided with significant lifestyle changes in the previously slow-moving vertebrates. Roughly 20 million years later, another three groups of jawed fish emerged.

The placoderms, now extinct, were followed in relatively short order by the chondrichthyans (sharks, rays, and chimeras), and the osteichthyans (bony fish, from which tetrapods, including us, evolved), both of which persist today. The placoderms, particularly, give us some insight into how primitive jaws developed into the contemporary structures with which we are familiar. These fish, the largest of which were some 30 feet long, possessed giant, armored heads and sharp, bony jaws. A 2013 discovery in China found a fossil clearly indicating the transition between placoderms and osteichthyans. The bizarre, even nightmarish, visage of the placoderm did indeed evolve to become the slightly less nightmarish face of a prehistoric osteichthyan, our ancestor. Analogous bone structures in the jaw cinched the connection.

So it is that we progressed over the millennia from bottom feeding, worm-like creatures. As you stroke your chin and ponder this profundity, consider the fact that you are, in fact, running your fingers over a modified gill.