This stinging jellyfish has been invading East Coast beaches • Earth.com 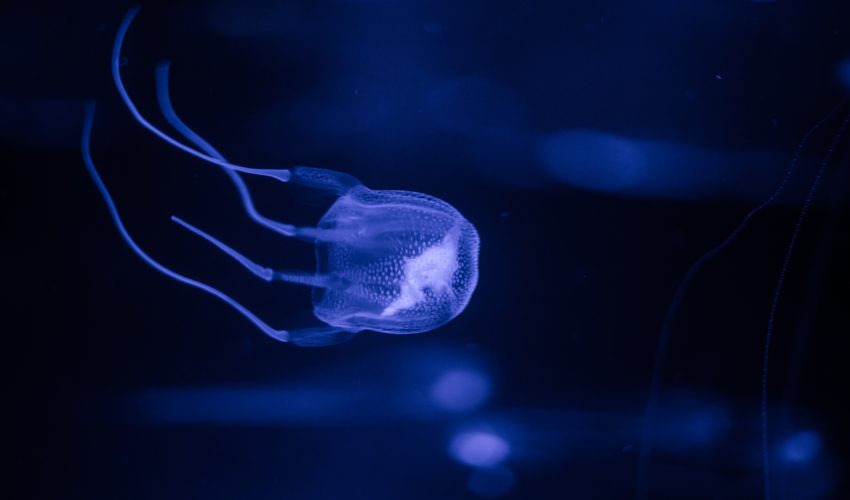 This stinging jellyfish has been invading East Coast beaches

In recent years, beachgoers in Cape Cod and nearby areas have been reporting jellyfish stings that have similar symptoms to stings that were occurring off of the Russian coast. People were reporting stings that led to severe pain as well as respiratory and neurological issues. Scientists were perplexed by this news, as the jellyfish known to cause these stings are native to the North Pacific and should be nowhere near the Atlantic Ocean.

Clinging jellyfish (Gonionemus) are tiny members of the jellyfish family that attach themselves to seagrass and seaweed – they are also the culprits in this stinging scandal. These jellies were long assumed to be native to the North Pacific, but have now become widely distributed throughout the Pacific and Atlantic oceans.

Now, research published in the journal Peer J describes the first genetic study of clinging jellyfish diversity in populations around the world. The researchers found some surprising links among the distant communities of jellyfish, and also may have discovered that there is more than one species of this stinging organism.

By obtaining tissue samples from a number of different Atlantic and Pacific locations, the researchers uncovered a genetic match between populations of stinging jellyfish in Russia and those found along the East Coast of the United States. Analysis of DNA from the tissue samples led to the identification of seven variants, some of which were specific to just one location while others were spread among communities in distant locations.

Annette Govindarajan – lead author of the study and a biologist at Woods Hole Oceanographic Institute (WHOI) – says, “In the past, some people have suggested that the Atlantic and the Pacific jellies were different forms. Others have suggested that jellies in the Atlantic were introduced from the Pacific. But what we found doesn’t correspond exactly to either hypothesis.” Instead, the researchers think that the jellyfish found in the Northwest Atlantic and Northwest Pacific are likely a different species.

“The study documents what we suspected, that there are different types of Gonionemus jellies and some of these types co-occur in New England,” says coauthor and fellow WHOI researcher Mary Carman. “Some types seem to have a toxic sting to people and some do not.” The relationship between genetic variants of jellyfish and toxicity is something the researchers would like to pursue in the future. “It could very well be that the toxicity is a function of both genetics and the environment, perhaps something in the environment is triggering the toxicity,” explains Govindarajan.

In the meantime, Govindarajan believes that beachgoers shouldn’t be too concerned about encountering the stinging jellies – despite the fact that they bloom in the summer months. “Unlike other jellies, it is unlikely that these would be in open water,” she explains. “We only see them in areas with eelgrass or seaweeds since they’re able to cling to these surfaces with the sticky pads found on their tentacles.”

The research team hopes to study further genomic analyses that will give greater insight into what genetic markers can reveal about these species and their toxicity. Further research could lead to a better understanding of how these invasive forms of jellyfish are dispersing, so that their future invasions can be curtailed.