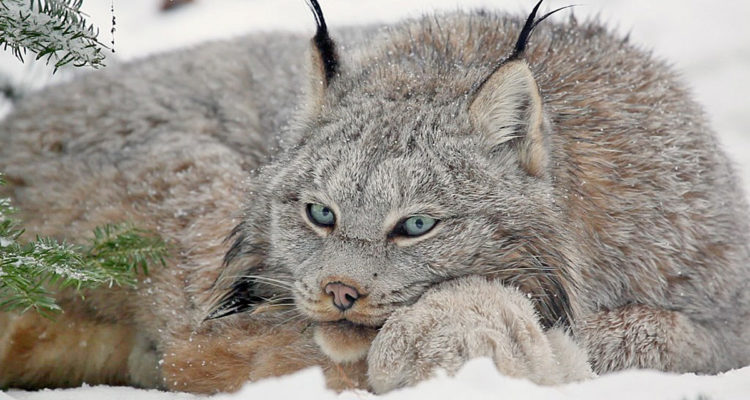 The U.S. government was wrong to exclude large areas of the Rocky Mountains when it designated almost 40,000 square miles of habitat as critical to the survival of imperiled Canadian lynx, a federal judge ruled Wednesday.

The judge cited the presence of a reproducing lynx population in the southern Rocky Mountains of Colorado. Agency officials had earlier concluded that area was “not essential” for the recovery of the species, pointing in part to low population densities of snowshoe hares that lynx eat.

“The (Fish and Wildlife) Service’s own representations suggest that parts of Colorado constitute suitable critical habitat,” Christensen wrote. He added that snowshoe hares are “certainly present” in the southern Rockies at densities “at or near” the level needed to support lynx.

“In such a close call….the (Endangered Species Act) demands that the tie go to the species,” the judge said.

Lynx are elusive, forest-dwelling animals. There is no reliable population estimate for the species. It was listed as threatened in 2000, but a dispute lingers as to where lynx should receive the strongest protections.

Christensen also ruled that officials had failed to analyze the potential for lynx to thrive in portions of Montana and Idaho when they made their critical habitat designation in 2014.

But the judge agreed with the government that a critical habitat designation wasn’t needed in Oregon and the Kettle mountain range in Washington state, where there has been little evidence of lynx.

That means lynx in those areas will be protected from hunting and trapping, but there will be less stringent reviews of human activities that could affect the dense forests they need to survive.

“The species really now has a fighting chance,” said attorney Matt Bishop with the Western Environmental Law Center, who represented some of the plaintiffs in the case. “The feds can no longer discard the southern Rockies or its importance for lynx.”

Fish and Wildlife Service spokeswoman Serena Baker said the agency was disappointed with the ruling on the southern Rockies, Montana and Idaho – but pleased that aspects of the 2014 habitat designation were left in place.

She declined to say if the agency would appeal Christensen’s ruling or how long it would take to comply.

The American Petroleum Institute and Washington State Snowmobile Association sided with the government in the case. They had asked Christensen to reject the lawsuits from Wildearth Guardians, Cascadia Wildlands and the other plaintiffs.