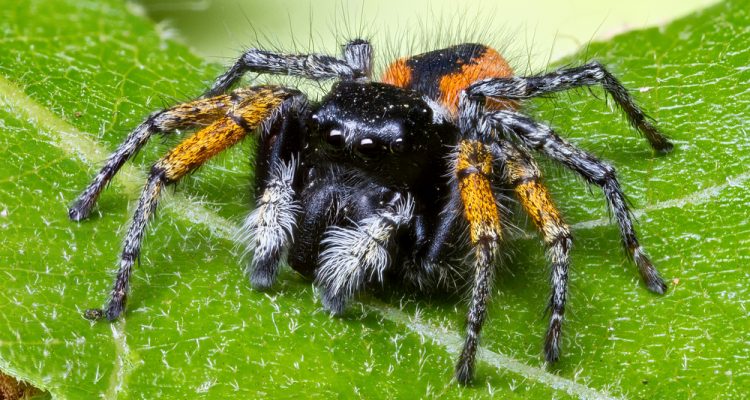 Jumping spiders are not deaf – reports of their deafness have been greatly exaggerated.

It turns out you don’t need ears to hear sound, after all – that is, if you’re a jumping spider.

Spiders have long been known for their excellent eyesight and precise ability to feel vibration. Until recently, it had been thought that spiders use these two super-senses to compensate for a complete lack of hearing. After all, they don’t have ears or eardrums.

During the experiment, the team implanted electrodes in the sound-sending parts of the spider’s brain. The spider was then placed in a metal box where scientists played sounds at the same frequency as the Mud Dauber wasp, a predator of the jumping spider. Over and over, the spiders froze in response to the threat, and “listened” for the next move of the predator.

As Miles pointed out, the team had to “make sure that the vibrations were too small to influence the results and the anechoic chamber, one of the quietest places on Earth, was the perfect place to test that.”

The team found that the jumping spiders had brain responses to sounds between 80 and 380 Hertz at 65 decibels from distances of 10 feet or more. This would be the equivalent of the noise level at a small cocktail party.

Scientists are still unsure exactly how the spiders are able to sense and process airborne sound. But for now, the vicious rumor that all spiders are deaf has finally been proven false.