Kelp found in Antarctica traveled thousands of miles to get there • Earth.com 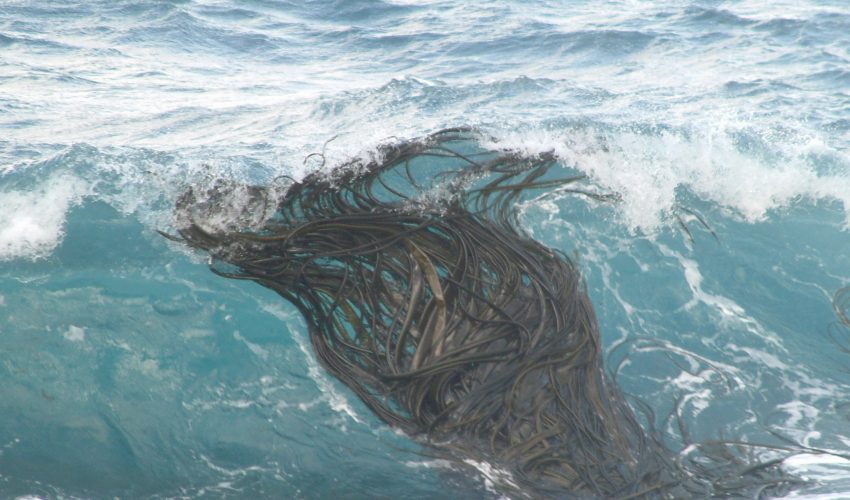 Kelp found in Antarctica traveled thousands of miles to get there

An international team of scientists led by the University of New South Wales has discovered the longest biological rafting event ever recorded. After analyzing foreign kelp that washed up on the coast of Antarctica, the researchers found that it had traveled over 12,000 miles before reaching the shore.

By completing this trip, the kelp had passed through barriers created by polar winds and currents that were previously thought to be impassable.

“This finding shows us that living plants and animals can reach Antarctica across the ocean, with temperate and sub-Antarctic marine species probably bombarding Antarctic coastlines all the time,” said study lead author Dr. Crid Fraser.

“We always thought Antarctic plants and animals were distinct because they were isolated, but this research suggests these differences are almost entirely due to environmental extremes, not isolation.”

Study co-author Dr. Adele Morrison explained that strong westerly winds and surface currents are expected to drive floating objects north and away from Antarctica. The influence of Antarctic storms, however, can disrupt this process.

The team used advanced modeling techniques to determine how large waves generated by storms could push kelp rafts toward Antarctica.

“Once we incorporated wave-driven surface motion, which is especially pronounced during storms, suddenly some of these biological rafts were able to fetch up on the Antarctic coastline,” said Dr. Morrison.

The analysis of genetic samples collected from the kelp revealed that one specimen drifted all the way from the Kerguelen Islands, while another had made the long voyage from South Georgia. This meant that the routes the kelp had taken to reach Antarctica spanned distances of thousands of miles, or tens of thousands of kilometers.

“These are astonishing voyages, but worrying too,” said Dr. Fraser. “They show that Antarctic ecosystems could be more vulnerable to global warming than we had suspected.”

“Parts of Antarctica are among the fastest warming places on Earth. If plants and animals get to Antarctica fairly frequently by floating across the ocean, they will be able to establish themselves as soon as the local environment becomes hospitable enough.”

The kelp was initially discovered by Chilean researcher Dr. Erasmo Macaya from the Universidad de Concepción.

“I knew when I saw this floating seaweed – southern bull kelp – that it was important. The kelp does not grow in Antarctica but we know it can float, and can act as a raft, carrying many other intertidal plants and animals with it across oceans,” said Dr. Macaya.

“If those rafts can make it this far, we could soon see massive changes in Antarctic intertidal ecosystems.”