A new movement is working to get kids to play outside again • Earth.com 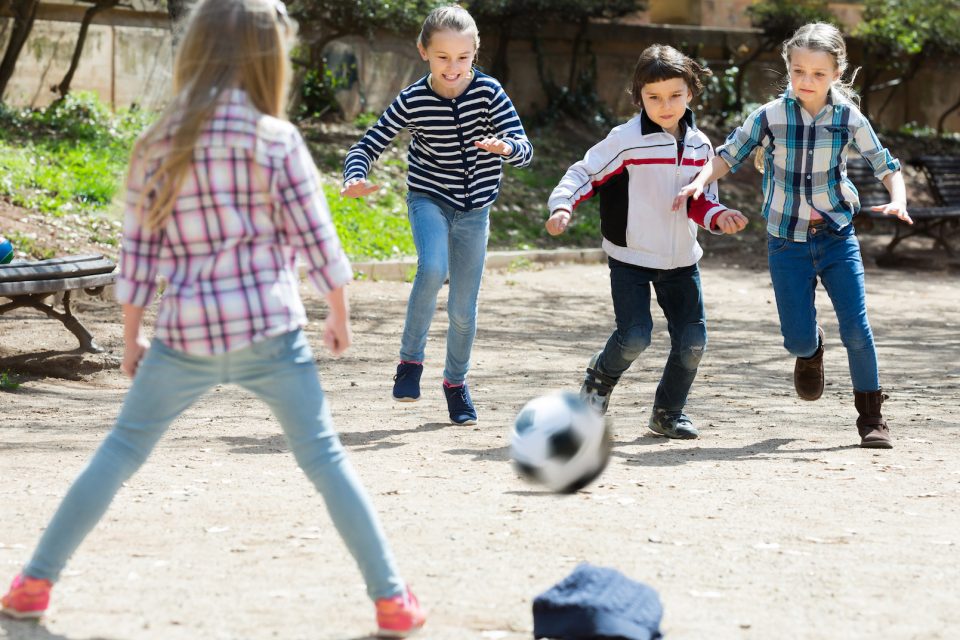 Compared to thirty and forty years ago, children have become more likely to stay indoors rather than taking to the streets for playtime. This has caused a huge decline in kids’ physical activity levels and has contributed to a more antisocial lifestyle. One U.K. organization called “Playing Out” is fighting to change this and urging kids to get outside and play outside like they used to.

“I grew up in the city, and a lot of time was spent just playing out with friends, on my own street and around the neighbourhood,” said Playing Out co-founder Alice Ferguson wrote in Cities & Health. “This was the norm for most children in the 1970s. At the time, it was just about getting out of the house and having fun, but without realising it we were also getting a lot of physical activity, developing resilience and social skills, getting to know our local ‘patch’ and gaining independence.”

Ferguson and a group of fellow parents felt they wanted to bring that sense of freedom and belonging to their own children. So, they decided to take action to normalize outdoor play once again.

In 2009, Ferguson and her grassroots group set up a temporary “play street” for the neighborhood kids to use. The road was formally closed via council procedure for a few hours each day after school. Their “play street” morphed into six “play streets” in nearby neighborhoods. Local politicians hopped on board and the council developed the ‘Temporary Play Street Order’ (TPSO), allowing residents to apply for a whole year’s worth of scheduled closures in one fell swoop.

In the 10 years that Playing Out has been active, 59 other U.K. councils have taken their lead, helping 800 communities to organize playing out opportunities, thus helping about 24,000 kids get outside.

Researchers from Bristol University have found that, because of Playing Out’s initiative and action, children are three to five more times more active while playing out than when sitting indoors after school. They also found that Playing Out has built up a community aspect, reduced social isolation, and helped neighbors come together and get involved.

And perhaps the largest outcome of Playing Out’s actions is that kids playing outside has become normalized. However, Ferguson realizes that safer spaces are needed to really give kids the freedom to head out without hovering parental supervision.

“We only ever intended this model as an interim, emergency measure,” she continued. “Being able to play out on your own street once a week or once a month, closely supervised by adults, is a poor replacement for ‘real’ playing out; the freedom to just go out your front door, meet up with your mates, have an adventure and come home when dinner is ready. Our long-term vision is for all children to have the freedom to play out where they live, every day.”

Ferguson says policy must be put in place to help their initiative work and be effective without posing risk to kids’ safety.

“We must tackle the root causes of the problem,” she said. “Amongst other things, this will inevitably involve reducing the dominance of cars in our streets and cities, something politicians have been reluctant to do — but we are starting to see a shift in the right direction.”