Screen time for young children has more than doubled since 1997 • Earth.com 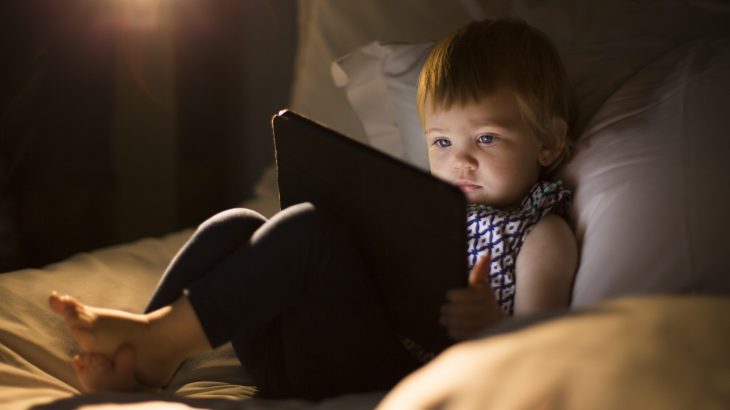 Screen time for young children has more than doubled since 1997

Screen time for young children has more than doubled since 1997. With such fast-paced advancements made in smartphones, portable tablets, and streaming, today’s children have more access and exposure to screens and media than ever before.

Now, a new study has found that screen time for children under the age of two has more than doubled since 1997.

The study, published in the journal JAMA Pediatrics, raises concerns about how much screen time is too much for young children.

Researchers from the Florida International University who conducted the study analyzed data from parent diaries that were part of the Child Development Supplement Panel Study of Income Dynamics between 1997 and 2014.

In 1997, screen time included television, video games, and computers. By 2014, the definition of screen time expanded to include smartphones and tablets.

Children ages three to five didn’t spend much more or less time in front a screen in 2014 compared to 1997, but television still accounted for the majority of screen time.

The American Academy of Pediatrics recommends that children under 18 months avoid screen time all together, and that children 18 to 24 months be introduced to high-quality educational programming.

The experts say that for children two to five, parents should limit screen time to just one hour and watch programming as a family to help explain what is being watched.

Research has shown the importance of limiting screen time, as too much screen time for young children can have an adverse impact on cognition, development, and increase the risk of obesity, according to CNN.