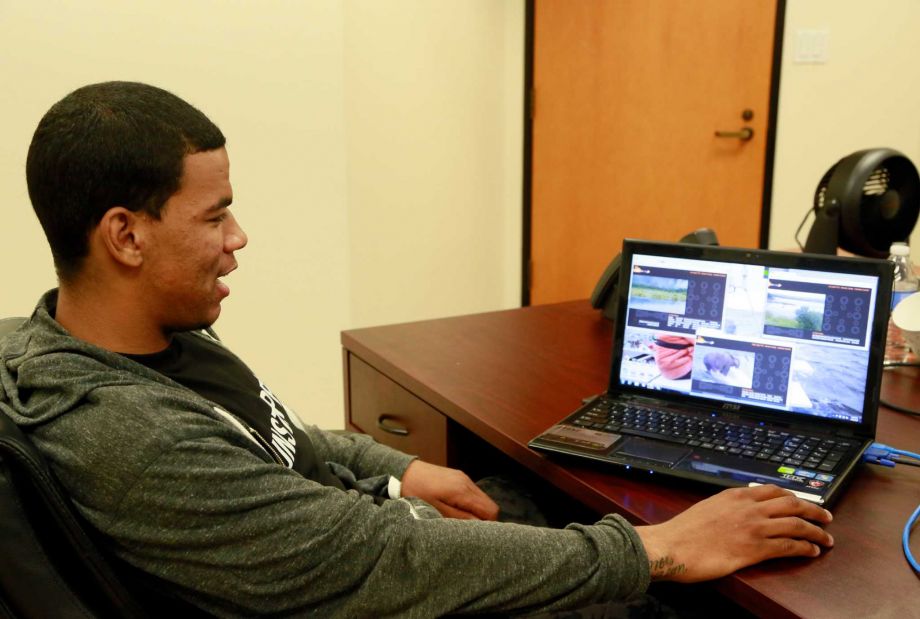 Harry Grammer, the CEO of a Los Angeles-based nonprofit that works with young adults, wanted to give kids recently out of the juvenile justice system real jobs and marketable skills.

Three years ago, a chance meeting gave Grammer what he wanted.

Explore.org, a philanthropic media branch of the Annenberg Foundation, has a network of more than 50 high-definition web cameras streaming live images of wildlife around the clock. The organization offered to fund a program that would hire his alums, regardless of their previous offenses, as camera operators earning hourly wage between $10 and $15 with benefits.

Since then, New Earth has employed more than 30 camera operators, given them technical training and taught them film editing, production and multimedia skills. More than a million people watch the feeds online every month to get a glimpse of the most remote regions of the world, but few know that behind those cameras are young Los Angeles offenders, some of whom have never even been down the road to Disneyland.

But now they virtually step into the beehives in Bavaria, Germany, stand in the rough waters of Alaska where brown bears fish for salmon or watch pandas clumsily wrestling each other in China.

Brandon Monroe was stabbed 15 times when he was 15 years old. He said the attack and robbery in a dark Los Angeles-area alley turned him from a good person to “pure cold.” Yet after years of crime and serious time in juvenile hall, at age 19 he’s come in from the cold to spread warmth – in the form of penguins and brown bears, walruses and chipmunks.

From his desk in Culver City, Calif., and with simple shifts of a joystick, Monroe guides people to watch exotic animals around the world, remotely controlling cameras that capture the wonders of wildlife.

Grammer’s organization works with young men and women from 15 detention centers in Southern California during and after incarceration. Grammer, who once served time on residential burglary charges, founded the organization in 2004 to keep juvenile offenders off the streets and out of trouble.

For teens with a history of incarceration, finding employment – especially jobs that lead to successful careers – proves to be an unsurmountable challenge. Many fall into unemployment, poverty, and crime.

There’s also a program called “Dog Bless You” with shots from domestic animal shelters, whose great Danes Monroe says he favors over all the exotic competition.

Many New Earth camera operators saw animals treated with cruelty in their neighborhoods, where pit-bull brawls and razor-bladed cockfights were considered entertainment.

Monroe said he never gave his own future, much less the welfare of animals, any thought before joining New Earth. He always had a roof over his head as a child, but said he never got the kind of support he needed. His mother was in-and-out-of-prison, leaving his father to raise five children after his own incarceration. Two of his younger siblings and all of his uncles are still in jail.

Eager for another chance but unsure of where to begin during his seventh and final jail visit, Monroe decided that if he didn’t get better, he would “go all out.”

The animals led him on a different path. He said he has grown more affectionate, more nurturing.

“The animals give me a perspective on how to take care of people,” he said. “I kind of compare animals to babies. Just watching the little baby is amazing.”